Is it Brave New World or 1984? Here are a few dystopias we ALREADY live in 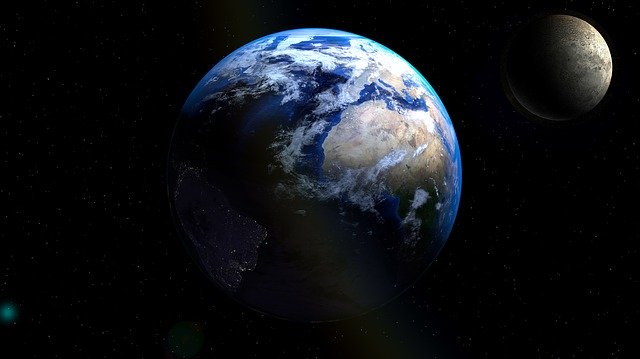 The post-coronavirus future is looking grim: economic collapse, martial law. It’s not like we weren’t warned humanity was heading south, however, and there’s a lot more doomsaying to explore beyond Orwell and Huxley.

Who wouldn’t want to live in a future described as “a boot stomping on a human face, forever”? It’s all but impossible to describe Western life in 2020 without invoking George Orwell, who crystallized the police-state paranoia not only of the Cold War but of its tech-enabled aftermath with ‘1984’.

Constant surveillance by an omnipresent ‘Big Brother’ keeps citizens in line, while the ‘memory hole’ greedily sucks down inconvenient history as fast as the government’s scribes can rewrite it.

On the opposite end of the spectrum, Aldous Huxley laid out the infantilizing future of those societies that don’t fit the Orwellian mold in ‘Brave New World’, in which the elevation of the mindless pursuit of pleasure to the focus of life makes totalitarian repression almost beside the point, keeping citizens dumb and docile with drugs and sex.

These dystopian extremes exist within some of the same societies, in the form of carrot and stick for those who cooperate and those who misbehave. But our curious historical moment owes just as much to some lesser-known nightmare futures, and since we’re all stuck indoors under coronavirus quarantine, we might as well get familiar with the ins and outs of some of these lesser-known dystopias. At the very least, it will prepare us for what might be in store post-pandemic.

LOGAN’S RUN: Your grandma is an old environmental pig no longer!

In the 1976 dystopia ‘Logan’s Run’, the lives of the young and beautiful inhabitants of manmade domed cities revolve around an elaborate public ritual called the Carousel. It’s where they go to see and be seen, and it’s where they publicly sacrifice themselves on their 35th birthdays, duped into believing they can ‘renew’ but actually getting fried by a high-energy force field. The world outside the domes has been destroyed, we’re told, by some environmental catastrophe, and there is only so much food and resources to go around. Residents live their short lives to the hedonistic max, availing themselves of a sort of live-action Tinder called ‘the circuit’ – summoning up a date for the Carousel using a holographic projector, complete with swipe left/swipe right functionality – and getting silly on clouds of psychoactive gas.

Reality quotient: 70%. The film resurfaced on Twitter in March as Texas Lieutenant Governor Dan Patrick – himself a grandfather – suggested on Fox News that “grandparents” aged 70 and older should look out for themselves while the rest of America got back to work, coronavirus or no coronavirus. While Patrick was not exactly calling for the elderly to be sent to the Carousel, medical professionals in the countries hit hardest by the epidemic have had to make difficult decisions about whether to save scarce medical supplies for the elderly who need them most or use them on the young, who are most likely to survive the epidemic. And some ’progressive-minded’ commentators have already suggested imposing an expiration date on humans  – to say nothing of the Club of Rome’s decades of warning about “limits to growth” and the Fridays For Future children’s climate movement’s barely suppressed animosity toward the elderly. As for domed cities, Dubai’s already working on it.

Another 70s dystopia, 1973’s ‘Soylent Green’, depicts a very different kind of world in which the elderly are once again expected to submit to euthanasia with some semblance of dignity – though they enjoy quite a bit more time on this Earth than the measly three decades available to the denizens of ‘Logan’s Run’. Actually, “enjoy” is rather too strong a word – the inhabitants of this particular world are overcrowded, impoverished, and desperate, with environmental degradation having left them with nothing to eat except flavorless crackers supposedly made from a proprietary blend of soy and lentils. A new flavor of cracker is so popular it triggers riots, but it turns out the hot new “plankton-based” snacks are made of… something else. The film’s catch phrase is a bit of a spoiler, but let’s just say the elderly do ultimately find a way to make themselves useful to the young, after a fashion.

Reality quotient: 78%. A company called Soylent actually exists, offering flavorless liquid meals to the Silicon Valley set who don’t have time for luxuries like taste and texture, but it doesn’t contain humans – yet. However, Washington state legalized human composting last year, and there’s no reason to believe future corpses won’t have the option of ‘organic reduction’ into a nice smoothie. Meanwhile, some British healthcare providers are sending out ‘do not resuscitate’ orders for their elderly and infirm patients to fill out as the coronavirus epidemic mounts –  orders they didn’t ask for but which have been foisted on them in the name of being “frank and realistic.” As for the hot, ruined planet, mainstream climate science is already telling us this is our future if we don’t put away the plastic straws and get serious.

Margaret Atwood’s 1985 theocratic nightmare, set in the aftermath of a fanatical fringe-Christian fascist takeover of the US, was recently adapted to a Hulu TV series, which has predictably become a vehicle for ham-handed allusions to the presidency of Donald Trump. In both versions, however, marginalized groups (LGBT, political dissidents) are rounded up and (if they’re young and fertile) sent to re-education camps, where they are terrorized into becoming docile childbearers for the mysteriously barren wives of party officials. An obscure biblical passage is interpreted to justify the husbands impregnating these ‘handmaids’ while their wives rest the interlopers’ heads in their laps, making for some of the most uncomfortable sex scenes in modern TV. Tyranny is imposed gradually: one day, women are all fired from their jobs, while on another, all bank accounts held by women simply stop working. There’s an underground-railroad-style system smuggling refugees to Canada.

Reality quotient: 75%. While feminists have developed a reflexive tendency to cry “Handmaid’s Tale” whenever a Republican legislature passes another rule aimed at shutting down abortion clinics, the gradualist approach of this particular dystopia is what makes it both chilling and plausible. The ‘Republic of Gilead’ – the theocratic US – is, true to form, mired in an endless war, which is used to justify some of the worst repression.

In the near-future 2005 adaptation of Alan Moore’s graphic novel, the US government has collapsed following a nuclear war with Russia and a bioengineered plague. The UK has become a pseudo-theocratic police state somewhere between Orwell’s Oceania and Atwood’s Gilead. Political dissent is cause for being disappeared (“black-bagged”), and a media monopoly permits only outrageously false, regime-fluffing ‘news’ to be broadcast. Even the most devastating catastrophes are spun as victories for the government, while a supine populace ‘ruled by fear’ readily eats up the execrable TV fare. A policeman discovers that his government was actually responsible for unleashing the ghastly bioengineered virus that killed over 100,000 people in the UK alone – a ‘false flag’ incident blamed at the time on (who else?) terrorists and used to justify further repression.

Right…Trump crossed out “Corona” and replaced it with “Chinese virus” because he loves the Asian people? Give me a break. 🙄🙄🙄 pic.twitter.com/Ea2Hj1f0H2

Reality quotient: 90%. A mysterious plague blamed on enemies of the regime and used to justify a fascistic surveillance state crackdown? A bit on the nose for 2020. The film’s echoes of real-world Britain’s alleged torture of its most famous political dissident – the female protagonist’s parents are imprisoned and ultimately die of the brutal treatment they receive at Belmarsh Prison, currently home to WikiLeaks publisher Julian Assange – certainly don’t help matters.

Humanity is forced to take shelter underground by a pathogen so virulent it kills off five billion people – nearly the entire species – leaving the planet’s surface to be reclaimed by nature. Deep underground, the remaining humans focus their energies on developing time travel (and, apparently, committing crimes – there doesn’t seem to be much else going on besides a giant prison colony and a high-tech lab that uses the prisoners as experimental test subjects). A test subject is sent back in time to nab a sample of the killer virus and bring it back to “the future” so that scientists can cure the deadly disease. Without giving away too much of the ending (hint: trying to go back in time to save the world actually ends up being the thing that dooms the world) the protagonist realizes too late they’ve focused their energies on tracking down the spoiled and unhinged man-child who leads a quasi-militant, Extinction Rebellion-like animal rights group. The man’s father just happens to run an ultra-advanced virology lab working on a truly scary pathogen, but he’s not the one who unleashed the virus. Oops!

Reality quotient: 95%. Extinction Rebellion might as well have modeled itself on the Army of the 12 Monkeys, complete with easily spray-paintable symbol, wealthy benefactor(s), and a ‘splinter group’ calling humans “the disease” and coronavirus “the cure” (XR has disavowed the group responsible for the offending statements). The post-pandemic prison state, in which the vast majority of leftover humans are cooped up in small cells and not permitted to leave unless the technocratic ruling class summons them to ‘volunteer’ for an experiment, could have come from tomorrow’s newspaper.