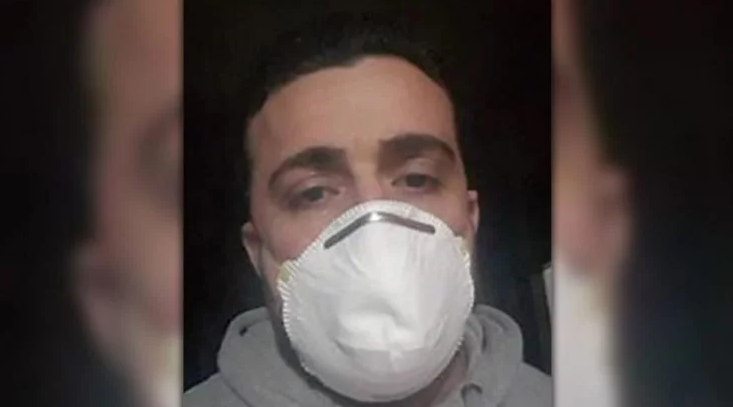 The brother of a woman who died in their home of coronavirus was forced to resort to issuing desperate a plea on social media in a bid to convince Italian authorities to come collect her body.

Actor and mixed martial arts trailer Luca Franzese was confined to his Naples home with the decaying corpse of his sister Teresa Franzese, 47, who died of the illness on Saturday.

Their elderly parents and other relatives, including young children, were also in the home.

Her health rapidly degraded shortly after she began to show symptoms of the novel virus. Al Jazeera reports that she was known to suffer from a form of epilepsy but was otherwise quite healthy.

In a heartbreaking video posted on Facebook, her grief-stricken brother issued an emotional appeal. Franzese said:

“I am waiting for the institutions to give me answers since last night. Nobody came forward,” the grief-stricken man said Sunday in the emotional video posted on Facebook.

” had to force them to come and do the test. I’ve had to put myself in self-isolation. I might have the virus. To keep my sister alive, I tried to give her mouth to mouth resuscitation and no one cared, no one is calling me.

We are ruined, Italy has abandoned us.

But we must give each other strength.”

Due to the mass anxiety and uncertainty regarding the virus, undertakers and medical personnel refused to collect her body.

Once the video went viral, a local politician intervened to find a funeral home willing to help the family’s plight.

“It was surreal … We used masks, sterile shoes, hazmat suits, glasses and gloves. Luca and another relative were there, but other family members were all in another room.”

Teresa Franzese was buried without any family members present.

“It was the first case in Italy in which a person with the virus dies at home, so there was some confusion on what to do.

The family [exemplifies] altruism, they are doing everything they can to protect their community, and the community is staying close to them by bringing food.

Now the big problem is that they have been closed in there for four days, and no one is taking away their trash. It’s getting unhygienic and we don’t know what to do about it. Someone needs to help them.”

Italy has so far been the most impacted country by the virus after China. The BBC reports that as of Friday, the coronavirus has claimed 1,016 lives amid a total number of 15,113 infections.

“Italy was the first nation in Europe to be affected so badly … But I hope it also means that Italy is the first one to leave the emergency behind.

Our grandfathers were drafted to go to war; we’re being asked to stay at home.

If a doctor and a nurse can work for 24 hours non-stop, we can give up leaving our own home. The huge majority of citizens are respecting the rules. Those who aren’t will face sanctions: either fines or criminal charges.”