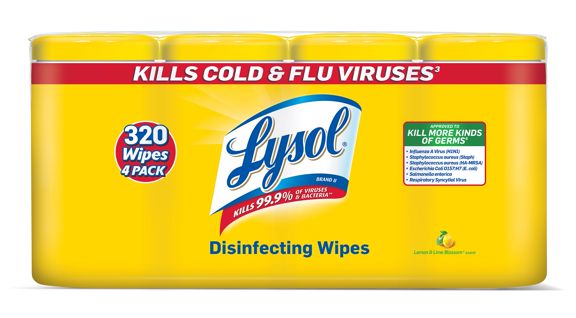 Douglas Quan was at a Costco in Vancouver this week when he saw something that made him stop in his tracks.

Quan, a reporter with the Toronto Star’s B.C. bureau, was there on Wednesday to cover the phenomenon of “panic buying” during the coronavirus pandemic.

“But before I even got to the front entrance, I stumbled across this couple who were loading up the back of their Ford pick-up truck with these stacks and stacks of Lysol disinfecting wipes,” Quan told As It Happens guest host Duncan McCue.

“Naturally that piqued my curiosity, and so I approached them and started chatting with them.” Quan reported the story in Thursday’s Toronto Star.

The couple have identified themselves as Manny Ranga and Violeta Perez, and told Quan were there to buy Lysol wipes in bulk and re-sell them on Amazon for inflated prices.

‘Not a bad profit at the end of the day’

The pair explained to Quan how they hit several Costco locations every day in Vancouver, Richmond and Burnaby, buy up all the Lysol wipes and cleaning liquid on hand, then turn them around for re-sale on their Amazon store Violeta & Sons Trading Ltd.

“It’s a big opportunity with all these products,” Ranga told the Star.

Quan says they had what appeared to be hundreds of cases stacked up on Costco pallets — enough that Ranga had to take two trips to get them all home.

“They were attracting a fair amount of attention from shoppers going in and out of the store. I wasn’t the only person there that, you know, couldn’t help but stop and stare,” he said.

“One woman came up and remarked, ‘Gosh, is that all for you?’ And another woman later on came by and said, ‘Wow, someone’s making a lot of money today.'”

I don’t think it would be a stretch to say that, you know, they were essentially kind of proud of this business venture that they had sort of seized upon.

“So not a bad profit at the end of the day,” Quan said.

Costco did not respond to requests for comment from either As It Happens or the Toronto Star.

After the Star published its story, Amazon removed the listing for the Lysol wipes, which were selling for $89 per six-pack. Soon after, they disabled the couple’s account.

“There is no place for price gouging on Amazon,” the company said in an emailed statement.

“We are disappointed that bad actors are attempting to artificially raise prices on basic need products during a global health crisis and, in line with our long-standing policy, have recently blocked or removed hundreds of thousands of offers. We continue to actively monitor our store and remove offers that violate our policies.”

Neither As It Happens nor CBC News in Vancouver could reach the couple for comment. But Quan says they expressed no regrets, either in the initial interview or in conversations since.

“I did, on more than one occasion, bring up this question of, you know, there are going to be people out there who read this story and who are not going to take kindly to what you’re doing,” Quan said.

“I don’t think it would be a stretch to say that, you know, they were essentially kind of proud of this business venture that they had sort of seized upon.”

Yesterday I went to a Costco store, where I stumbled across this couple loading their pickup with piles of Lysol wipes. They hit up all the local Costcos daily, clearing shelves of wipes/liquid cleaner and re-selling them on Amazon. https://t.co/sYQhfxkUrG via @torontostar