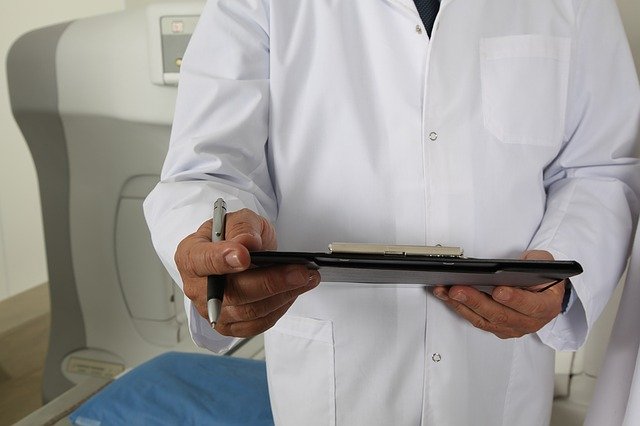 Leaked documents from a lecturer at the American Hospital Association (AHA) conference in February reveal that US hospitals are preparing for:

Dr. James Lawler, a professor at the University of Nebraska Medical Center, presented the harrowing ‘best guess’ estimates of the extent of the outbreak to hospitals and health professionals as part of the AHA webinar called ‘What healthcare leaders need to know: Preparing for the COVID-19’ on February 26.

The slides projected very high death rates for people older than 60. As explained:

People aged 80 and over have a 14.8% chance of dying if they contract the infection, the slides revealed. The risk declines with youth, though those aged 70-79 and 60-69 are still placed at a significant risk, with 8% and 3.6% mortality rates respectively.

Based on the numbers from the leaked presentation, Dr. Lawler expects the coronavirus to infect around 30% of the U.S. population and result in only a 5% hospitalization rate. In contrast, Dr. Fauci of the NIH has estimated that 15 – 20% of coronavirus patients would need hospitalization, meaning that the estimate of “4.8 million hospitalizations” may actually be over 15 million.

The United States has fewer than one million hospital beds, and they are typically around 75% occupied by existing patients, unrelated to the coronavirus. We have calculated that U.S. hospital beds will be overrun by May 30th if nothing is done to stop the exponential spread of the coronavirus.

Dr. Lawler’s estimate of 480,000 deaths would indicate a death rate of just half a percent (0.5%), which is significantly lower than death rates being reported by the WHO (3.4%) and the nation of Italy (5%).

If the death rate in the United States reached just 2% while 96 million Americans are infected, that would translate to 1.92 million deaths.

Here’s what that model projects will happen unless extreme social isolation and travel restrictions are put in place across the USA:

Each day, more and more smart people who can do math are coming to realize that the coronavirus will sweep across the U.S. population and cause millions of infections and deaths unless domestic travel is locked down soon.

We are predicting that unless President Trump takes drastic action soon, the coronavirus will result in the end of the Trump presidency long before the November election.

The fact that some Trump supporters have recently become coronavirus denialists — the “Flat Earthers” of medicine — isn’t helping anyone solve this nationwide epidemic, by the way. Denying the existence of the problem will not solve the problem. And you can’t make America great again if millions of Americans are dead before Election Day.

We urgently seek to wake up President Trump to the reality of this situation so that he can succeed in deploying a nationwide response that might limit the national deaths to just a few thousand people instead of a few million. But that window of opportunity to act is collapsing by the day, and there is zero indication that Trump will ever admit the coronavirus has already broken containment across America and is replicating freely across every U.S. city and state.

If you want to live, read Pandemic.news. If you want to die, heed the advice of Mike Pence and do nothing to prepare for the pandemic. The Surgeon General also hopes you stop buying protecting gear so that you get infected and die more quickly, thereby making more protective equipment available to the government which is stockpiling like mad at this very minute.