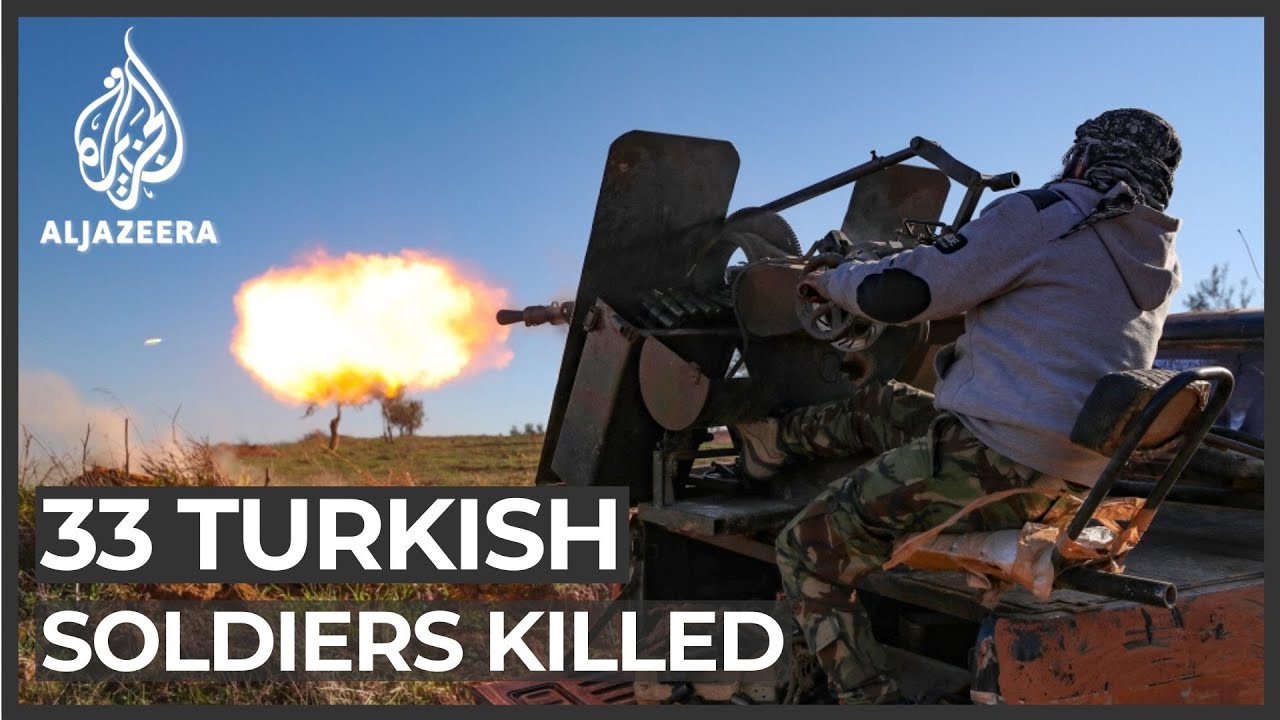 At least 33 Turkish soldiers were killed in an air strike by Syrian government forces in northwestern Idlib province as Turkey vowed “to respond in kind” with attacks on “all” their positions.

The rapid escalation of the conflict on Friday also threatened another refugee crisis as media reports cited officials as saying they “opened the gates” for Syrian refugees to transit unimpeded to Europe.

Russia, meanwhile, said Ankara failed to inform it that Turkish troops were fighting alongside rebels in Idlib.

“Turkish soldiers who were in the battle formations of terrorist groups came under the fire of Syrian troops,” the defence ministry said in a statement.

The deaths were the largest number of fatalities suffered by Turkey in a single day since it first intervened in Syria in 2016. In response, Turkey warned it will attack “all known targets of the Syrian regime”.

Turkey will no longer stop Syrian refugees from reaching Europe, a senior Turkish official said, as Ankara responded on Friday to the killing of 33 Turkish soldiers in an air strike by Syrian government forces in Syria’s northwestern Idlib region.

Turkey has sent thousands of troops and heavy military hardware into Syria and Erdogan has warned that Turkey would launch a full-scale offensive to repel Syrian forces unless they pulled back from Turkish observation posts in the region.

These videos were released:

1st migrants allowed to cross #Syria–#Turkey border after Turkey tonight decided to play the migrant wild-card against EU, announcing it will allow free passage for all migrants who head for #Europe

This after an Assad airstrike killed 29 Turkish soldiers in #Idlib pic.twitter.com/7pNHkrQQOc

WATCH: Refugees going to GREECE from #Turkey as Turkish authorities opened the borders into Europe without any explanation. pic.twitter.com/0AxRpgAZbO

Irregular migrants are walking towards northwestern Turkey to cross into Europe after airstrike by Assad regime in Syria’s Idlib pic.twitter.com/BmoEzAQDn0

In October 2019, Erdogan threatened to send 3.6 million “refugees” to Europe if they characterized his invasion of northeast Syria as an “invasion.”

Judging by what has been happening in Greece over the past week, these migrants might find they’d be better off staying in Turkey or returning to their home countries.

Local residents are fighting the riot police reinforcements sent from Athens to the islands of #Lesbos and #Chios were the government is building new massive migrant centers to house the tens of thousands of migrants that arrive to Greece from Turkey.

The locals have had enough! pic.twitter.com/rJpifwVjnp

The locals have had enough & riot, attacking construction sites, setting them on fire

Before retreating to their boat, they smashed up the locals’ cars in revenge#MediaSilence pic.twitter.com/vXqnFRKMiD