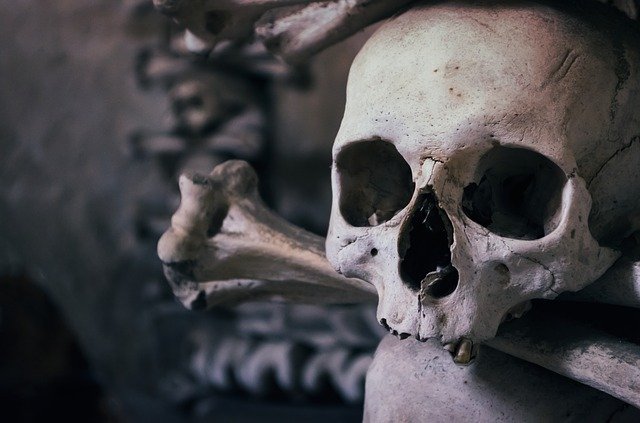 This is an interesting cyclic pattern of major plagues occurring every 100 years. This has been recently reported by other sources, but I decided to do some research on my own. I use to own a property that had a long history by Canadian standards. I did some historical research on the place and discovered that in 1920 the original homesteader lost two of his young daughters and wife to the Spanish Flu. Just out of interest I decided to research it a little and this influenza pandemic was most dangerous for the very young and old. It infected 500 million people or about 27% of the world’s population at that time.

Theses pandemics all seem to play out after a couple years, but they can mutate into something less harmful or something much worse at any time. If you decided to bug out if this current one shows up in your local area, you really need to be prepared to be self-reliant for a long period of time. It could come in a couple waves that could last 2-3 years. I also noticed lesser plagues appear just before and after this 100-year cycle. For example, there was a smaller bubonic plaque outbreak in 1920 in Galveston Texas. Many of the Spanish Flu deaths in Canada and the USA did not occur until 1920.

Some of the greatest plagues to ever occur fall exactly on this 100-year cycle or occur within +/-20 years of this date. For example the Black Death plague that killed 75- 200 million people did not started in Europe until around 1347. However, there were reports of plague in Mongolia in the 1330s. It came along the Silk Road and I would imagine it really started around that 100-year cycle mark of 1320 in China somewhere. It did not spread so fast because it came from fleas on rats. It spread at the speed the rats spread and not by person to person contact.

1420: There was a plague outbreak in Norfolk England. Black Plague seemed to be a problem in isolated pockets for at least 20 years after this 100-year cycle period.

1520: The Aztec Empire was wiped out by smallpox virus brought to them via African slaves. They were not immune to this virus and it destroyed the entire civilization.

1620: Black Plaque came back and struck North Africa. Algiers lost 50,000 people in 1620. It was actually getting under control in Europe when sanitary conditions began to improve, so there was less plague during this time.

1820: This was the first cholera pandemic in South East Asia. On the Indonesian Island of Java 100,000 people died from it. It primarily spread to Thailand, Indonesia and the Philippines.

1920: The most damaging global H1N1 influenza plague was the Spanish flu. While it was first noticed in soldiers coming home at the end of WW1 in 1918. It was not until later in 2018 that it mutated and a second wave occurred. Most of deaths occurred in the second wave and it quickly became a global pandemic. Some claim it actually originated on a hog farm in the US, but it could have come from the filthy trenches of WW1 as well. Some also claim it came from China, but they had far fewer casualties, but they were also more immune to it because of previous influenza outbreaks. It killed 40-50 million and some say it could be as high as 100 million. They did not have air travel and overnight shipping at this time, so imagine how it would spread in the modern age of globalism and air travel.

2020: The recent coronavirus (COVID-19) outbreak may have first shown up in late 2019 it basically falls right on the 100-year cycle of global pandemics. The real pandemic will most likely occur in 2020. It is hard to report any real facts on this current outbreak as the internet is full on disinformation and our trusted governments are strangely down playing it. Two things everyone should be concerned with is this is the year of the 100-year pandemic cycle. Secondly your local governments are more concerned about maintaining positive perceptions, so their precious economies are not affected.

You will not be getting straight answers regarding its spread or what precautions you should be taking. I am not a virologist or a pandemic specialist, but I would be extremely serious about this one and prepare for the worst and hope for the best. If this was man-made it will be known soon enough. I am a Vedic and Buddhist researcher and there are grand cosmic cycles that repeat and there are also repeating cycles within nature.

What if this 100-year pandemic cycle is really nature bringing back balance to the planet. The average human lives 60-80 years, so if you have 100-year correction cycles it could be natures hand which is actually part of the creator’s hand bringing back balance. I know everyone loves a good conspiracy, but what if this is another 100-year pandemic cycle playing out. I really doubt secret societies have had their hand in this going back 700 years. Remember, I mentioned that other outbreaks always occur +/- 20 years period before and after this 100-year cycle. We have seen SARS, MERS, Ebola and a couple other strange viral outbreaks occur during this time. The plague has also recently appeared and we should have been able to stop that one a century ago.

We have had so many plague outbreaks over the last several generations basically because of human filth. The rats will show up to feed off our filth and the fleas they bring balances out the problem by keeping us in check. Maybe cleanliness is truly part of godliness. As long as we live in our own filth and eat unclean animals these pandemics will continue to occur. Natures hand will keep coming in to correct this situation, and I think we are witnessing a repeating cycle. If you live out of balance with nature you will become a victim to the natural correction that is guaranteed to come. If humanity fails to change our ways the cycle will just keep repeating itself.

It may also not be a bad time to repent and pray that nature shows us mercy and this current virus mutates into something less harmful. If you are one of the ones finding joy from this outbreak you may face the karmic consequences of having such low minded thoughts sooner than you think. I also doubt there will be any mercy given to those spitting in elevators or spreading this knowingly.

I would have at least 6-12 months of food stored if this keeps spreading. Grow a garden this year and learn how to plant seeds correctly. Grow lots of potatoes and you can do this in your back yard. If you live in an apartment rent some land or participate in a garden with someone you know and trust. If it is already in your area stop going out for a couple months. Do not help spread fear, but try being a beacon of light for once.