US ‘plotted to kill Julian Assange and make it look like an accident’: Spies discussed kidnapping or poisoning WikiLeaks founder in Ecuadorean embassy, extradition trial hears 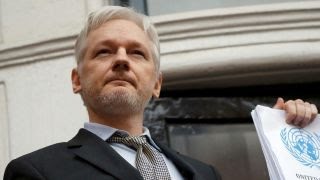 US spies hatched a plot to kidnap or even poison Julian Assange using shady Spanish private detectives after he leaked 250,000 top secret documents online, his extradition hearing was told yesterday.

The QC said private security from a Spanish company, acting on behalf of the US authorities, were involved in ‘intrusive and sophisticated’ surveillance of his client, but were outed by a mysterious Iberian whistleblower known only as ‘witness two’.

The covert monitoring allegedly began after UC Global’s David Morales returned from a Las Vegas security trade fair in around July 2016 with a contract purportedly for a yacht belonging to Sheldon Adelson, a financial backer of Donald Trump.

‘But in fact, Mr Morales had indeed made a side agreement to provide information gathered about Mr Assange to the dark side – in other words, US intelligence agencies,’ said Mr Fitzgerald.

Visitors, including lawyers for the 48-year-old, who is facing extradition to America, are said to have been targeted by live-stream audio and video devices placed inside the embassy and laser microphones from outside.

Referring to witness two’s evidence, Mr Fitzgerald said: ‘There were conversations about whether there should be more extreme measures contemplated, such as kidnapping or poisoning Julian Assange in the embassy.’