Instead Of Whining About “Russian Election Interference”, Democrats Should Be Searching For A Winning Nominee 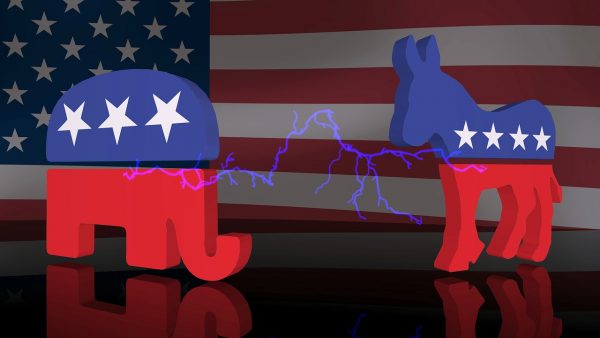 Here we go again.  All of a sudden the mainstream media is full of headlines about how the Russians are trying to help Donald Trump win the 2020 election, and seeds are already being planted that will cause millions upon millions of Americans to doubt the legitimacy of the election if Trump wins again in November.  But ultimately all of the interference coming from outside isn’t going to make much of a difference whatsoever.  Even if the Russians want to encourage Americans to vote for Trump, there are far more foreign governments that would like to see Trump gone.  For example, everyone knows that the Chinese are not pleased with Trump at all, and they will be attempting to influence American citizens to vote for the Democratic nominee as long as the Chinese consider that nominee to be “reasonable”.  But we never hear about foreign influence that helps the Democrats.  In addition, it is a bit hypocritical for us to be complaining about a few foreign social media accounts when the U.S. government has been directly intervening in foreign elections for many decades.

Yes, the integrity of our election process is of paramount importance.  And if there is any sort of hacking or direct attacks on our election infrastructure those should be dealt with very harshly.

But the idea that Russian social media accounts could swing the outcome of the U.S. presidential election is absolutely ludicrous.

Unfortunately, this old narrative was given new life during a recent congressional briefing, and the mainstream media has taken this story and run with it…

Election intelligence officials warned lawmakers that Russia was interfering in the 2020 campaign with a goal of getting President Donald Trump re-elected, according to several media reports.

First reported by the New York Times, the February 13 briefing led to Trump reprimanding Acting Director of National Intelligence Joseph Maguire, and accused him of being disloyal after aide Shelby Pierson told lawmakers aggressive Russian actors were continuing election-intrusion from 2016.

Needless to say, the Republican lawmakers that were at this briefing were not pleased with what they were hearing at all…

“The Republicans [on the committee] went nuts,” over Pierson’s presentation, the member told The Daily Beast. A second source familiar with the briefing said that Republicans didn’t understand why the Kremlin would try to boost Trump, since he had been so tough on Russia, in their view. Reps. Brad Wenstrup (R-OH), Will Hurd (R-TX) and Chris Stewart (R-UT)—who according to The Times, has been a Trump favorite to replace Maguire—were particularly vocal in their skepticism, the member said.

Of course we should all be in favor of election security.  Personally, I have been advocating a return to 100 percent paper ballots in all elections for many years.

But there has never been an allegation that the Russians changed even a single vote.  Instead, it is has always been alleged that they attempted to “influence” American voters during the 2016 election using social media and other means, and many Democrats still believe that this is the reason why Trump won.

And far more important than a few Russian social media accounts is the fact that foreign ownership of U.S. media outlets has grown substantially in recent years, and the way that those media outlets slant their election coverage has a tremendous influence over how Americans ultimately vote.

So if we really wanted to get serious about foreign influence in our elections, we would completely ban all foreign ownership of our media companies.

But the Democrats will never agree to that.

Look, instead of coming up with excuses for why they are going to lose the upcoming election in advance, what the Democrats should really be doing is coming up with a winning nominee.

And right now they definitely do not have one.

Joe Biden was supposed to be the nominee, but he keeps putting his foot in his mouth, and there are way too many videos out there of him acting very creepy.  His campaign is absolutely imploding at this point, but there is still a chance that he could grab a few hundred delegates.

Of course the Democratic establishment is absolutely desperate to keep a full-blown socialist from being nominated, because they know that Trump would definitely win in that case.

So the DNC has gone out of their way to help Michael Bloomberg, because it appears very unlikely that either Pete Buttigieg or Amy Klobuchar will be able to stop Bernie Sanders.

But Bloomberg’s candidacy was doomed from the start.  Even though he can throw billions of dollars at this race, the Democrats simply are not going to nominate a racist, sexist billionaire that was still a registered Republican just a few years ago.

Yes, Bloomberg had surged in the polls recently due to all the ads he was buying, but he was absolutely eviscerated during Wednesday night’s debate.  It was such a brutal affair that the New York Post is calling it “the greatest debate in human history”…

Oh, was it glorious — the sheer raging hostility spraying across the stage as every campaign besides the Bernie Sanders and Michael Bloomberg bids faces the desperate possibility that each might fade into the woodwork against the Bernie surge and the Bloomberg billions.

It’s not that the gloves were off. No, my friends, everybody was wearing steel-tipped boots and going right for the crotch. Those weren’t snowflakes. They were nunchucks.

The primary target of the attacks was Bloomberg, and he seemed entirely unprepared for the relentless onslaught…

Former New York City mayor Michael Bloomberg wilted under a barrage of withering criticism from his much taller Democratic rivals during his first appearance at a primary debate.

“Mini Mike,” as the billionaire candidate is sometimes called, was attacked 10 times in the first 10 minutes of Wednesday’s debate in Nevada. The gloves finally came off in what was by far the most exhilarating contest of the 2020 election cycle. “It was the Roman Coliseum, it was boxing in the 1950s,” said MSNBC’s Chris Matthews following the debate. “[Bloomberg] had no way to stop it.”

It is being reported that Bloomberg spoke for about 13 minutes during the two hour debate, and during that time he was attacked by his opponents 45 times.

In particular, one absolutely perfect zinger from Elizabeth Warren will never be forgotten…

“I’d like to talk about who we’re running against, a billionaire who calls women ‘fat broads’ and ‘horse-faced lesbians,’” she said from the Paris Theater.

Bloomberg might as well pack up and go home, because he doesn’t have a prayer of winning now.

But he isn’t going to do that.  Instead, he actually tried to joke about the debate on Thursday…

Mike Bloomberg got right back on the campaign trail Thursday morning, holding a rally where he joked about his abysmal Democratic debate performance.

‘So how was your night last night?’ he asked a crowd of supporters in Salt Lake City, Utah, alluding to the throttling he took by his 2020 rivals, starting off with a gutting courtesy of Sen. Elizabeth Warren. ‘Look the real winner of the debate last night was Donald Trump,’ Bloomberg said.

What the Democratic Party has on their hands is a giant mess.

None of the current candidates can beat Trump, and they know it.

Their only hope is to divide the delegates enough ways so that Bernie Sanders cannot secure the nomination before the convention.

And then at the convention they need to try to convince someone that can actually win to step in and become the nominee.  At the same time, they will need to somehow convince Sanders and his supporters that they are being fair.

Of course that may not be possible, and that is very good news for President Trump.

Because right now things are looking brighter than ever for the Trump campaign, and the Democrats only have themselves to blame.

About the Author: I am a voice crying out for change in a society that generally seems content to stay asleep. My name is Michael Snyder and I am the publisher of The Economic Collapse Blog, End Of The American Dream and The Most Important News, and the articles that I publish on those sites are republished on dozens of other prominent websites all over the globe. I have written four books that are available on Amazon.com including The Beginning Of The End, Get Prepared Now, and Living A Life That Really Matters. (#CommissionsEarned) By purchasing those books you help to support my work. I always freely and happily allow others to republish my articles on their own websites, but due to government regulations I need those that republish my articles to include this “About the Author” section with each article. In order to comply with those government regulations, I need to tell you that the controversial opinions in this article are mine alone and do not necessarily reflect the views of the websites where my work is republished. This article may contain opinions on political matters, but it is not intended to promote the candidacy of any particular political candidate. The material contained in this article is for general information purposes only, and readers should consult licensed professionals before making any legal, business, financial or health decisions. Those responding to this article by making comments are solely responsible for their viewpoints, and those viewpoints do not necessarily represent the viewpoints of Michael Snyder or the operators of the websites where my work is republished. I encourage you to follow me on social media on Facebook and Twitter, and any way that you can share these articles with others is a great help.