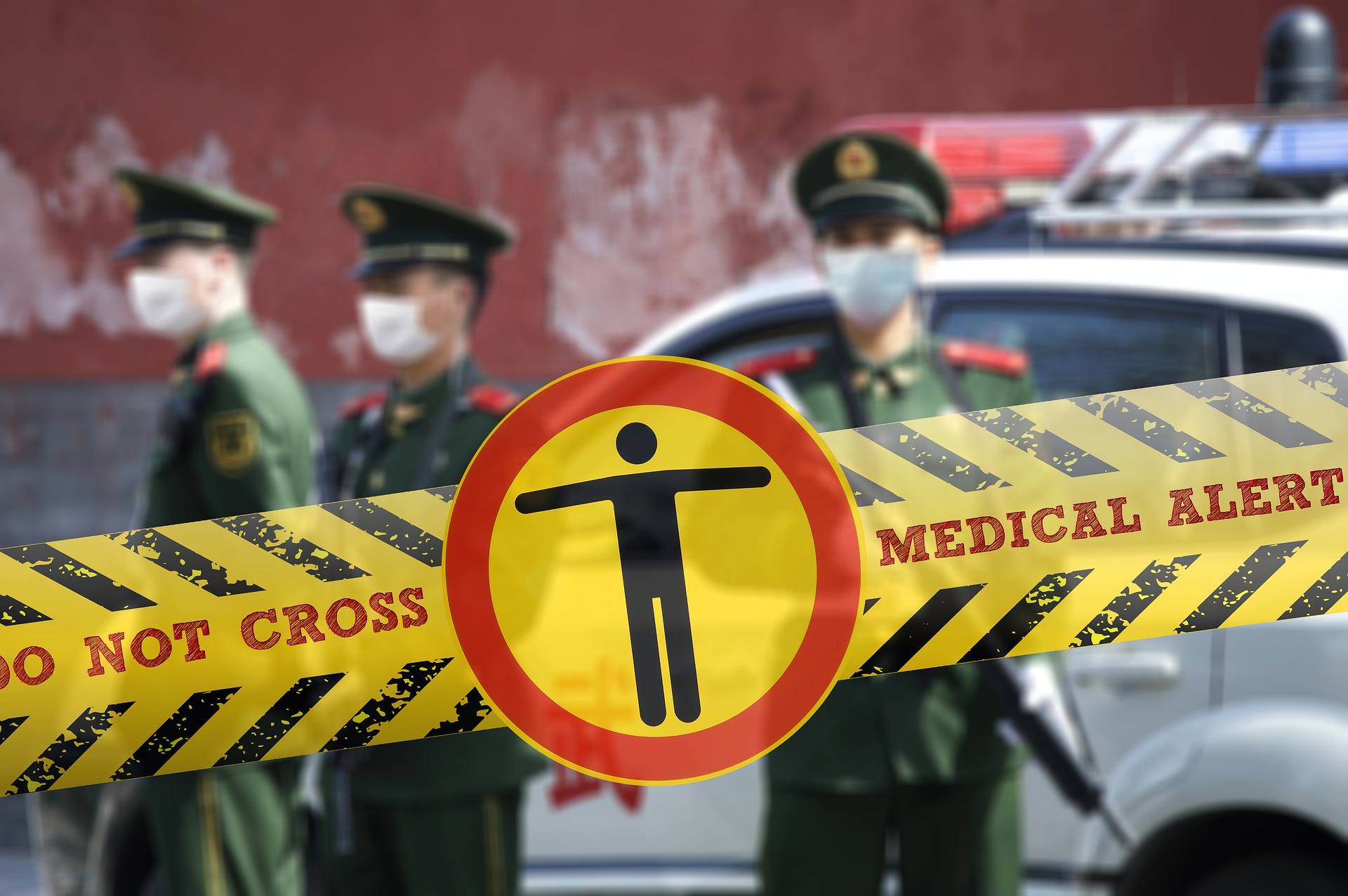 Hours after Japanese press reports claimed that two passengers who contracted COVID-19 aboard the ‘Diamond Princess’ died yesterday – news that was later confirmed by Japanese authorities – South Korea reported its first fatality while one of its major cities asked citizens to stay inside and avoid venturing outdoors, according to the Washington Post.

According to Japanese government officials, both of the virus-related fatalities were Japanese citizens in their 80s who had been moved off the ship more than a week ago for treatment in a Japanese hospital.

The latest reports Thursday morning confirmed another 13 cases aboard the DP bringing the total to 634. The odds that individuals being released from the 2 week quarantine on Thursday and Friday might have contracted the virus, but have yet to show symptoms, remains high. The death in South Korea raised the death toll ex-China to 10.

Even as President Xi does everything in his power to present an image of success to the Chinese people – in his speeches, he claims the Chinese government’s strict quarantines have been an unmitigated success – global experts, including the WHO, have warned that the disease will continue to spread globally, and that the end of this crisis is still far from certain.

And as new confirmed cases dropped substantially on Wednesday in Hubei, everywhere else, the rate of new infections is accelerating.

One WHO health expert told a Japanese TV station on Thursday that the virus is “a moving target” making it difficult to collect information and treat people: “Nobody has ever had to deal with this situation before, this is a new virus on a ship with 4,000 people, there are no guidelines for that.” He added that he suspects there was a substantial amount of transmission before it arrived in Yokohama, adding that it was “not possible” to isolate everybody individually.

The WHO senior epidemiologist was responding to claims made by another expert in infectious disease that the Japanese had failed to observer proper quarantine protocols.

Back in Korea, the mayor of Daegu, a city of 2.5 million where 10 South Koreans contracted the disease from a church service, asked residents to stay indoors. Iran also reported two infected that then died.

Cases are also surging in Singapore, where Deutsche Bank confirmed that an employee in its Singapore office had contracted the virus.

Adding to its woes, Iran reported three new cases on Thursday a day after it confirmed two virus-related deaths in the city of Qoms.

Warnings about the virus’s economic blowback are increasing, as Goldman said Thursday that stocks aren’t completely pricing in the risks from the virus.

As President Xi balances the risks to tens of thousands of lives on one hand, and keeping his promise to double the size of China’s economy by 2020 on the other, it seems the leadership in Beijing are beginning to believe their own propaganda. Premier Li Keqiang, Xi’s No. 2 who is in charge of the committee managing the crisis, local governments should seek to increase the rate of resumed production and work, according to China Central Television.

Put another way: Come on in, the water’s fine, and if you get the virus and die, we’ll cremate your body and tell your family you died of “pneumonia”.

The spate of deaths rattled investors overnight, and US equity futures are pointing to a lower open on Thursday following the latest piece of evidence that the coronavirus isn’t simply “another flu”.