‘The big one’: WATCH huge crash at Daytona 500 take out HALF the racers 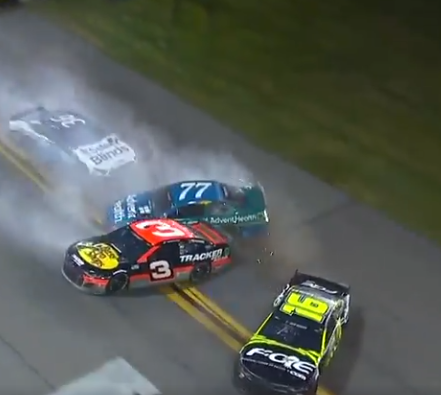 A terrifying finish to the #DAYTONA500. Denny Hamlin with the win but all prayers with Ryan Newman. pic.twitter.com/L6HldpuPl9

A stretcher is next to Newman’s car. Crews are using black screens to keep fans from seeing. And media has just been told to leave the pits. #DAYTONA500 pic.twitter.com/OFFIpTWcoz

Here's the end of the Daytona 500 – Denny Hamlin wins his third but the real story is Ryan Newman, who ended up on his roof after a scary crash at the finish. pic.twitter.com/m4dSy1Jrvx