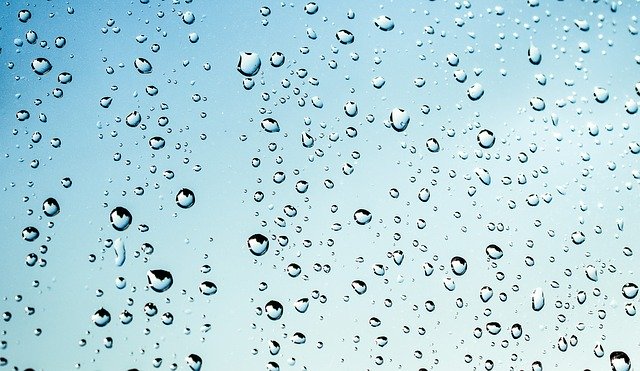 Tapping into the water cycle and generating electricity from rainy days could be one way to grow our renewable energy use.

Until now, scientists have been unable to get water droplets to produce a significant amount of power – but we may finally have a breakthrough.

While we’re still a long way from umbrellas that double up as generators, the latest approach shows there might be a way to get power from rain showers at a level of efficiency that makes these systems practical.

New research has found a method that could generate enough power from a single droplet of rain to light up 100 LED bulbs. That’s a big jump forward in efficiency, in the region of several thousand times.

“Our research shows that a drop of 100 microlitres of water released from a height of 15 centimetres [5.9 inches] can generate a voltage of over 140V, and the power generated can light up 100 small LED lights,” says biomedical engineer Wang Zuankai from the City University of Hong Kong (CityU).

That sounds like a surprising amount of voltage, but the engineers used some ingenious tricks to make it happen.

Scientists have been looking into this type of power production for years, but the physics of converting the energy of raindrops into electricity are much harder to do than harvesting the energy from a rising tide or a flowing stream.

One of the improvements the team built into their droplet-based electricity generator (DEG) was the use of a polytetrafluoroethylene or PTFE film, which is able to accumulate a surface charge as it’s continuously hit by water droplets, until it gradually reaches saturation.

The team found that as water droplets hit the surface and spread out, the drops act as a ‘bridge’ that connects two electrodes: an aluminium electrode and an indium tin oxide (ITO) electrode (with the PTFE on top).