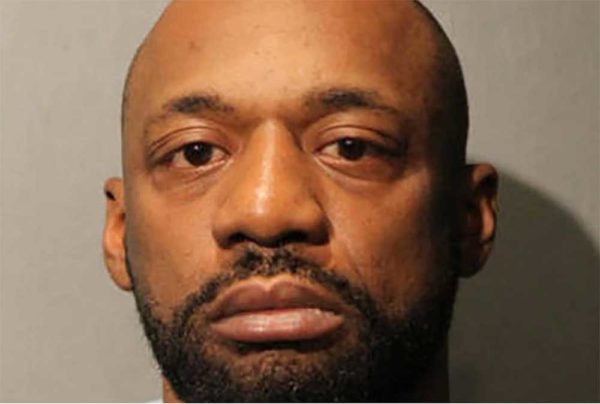 The Chicago Tribune is reporting that a federal lawsuit has been filed against Armslist.com by the widow of slain Chicago Police Cmdr. Paul Bauer, with support of the Brady gun-control organization.

Bauer was killed in February 2018 allegedly by a convicted felon identified as Shomari Legghette, using a pistol that, according to the report and the lawsuit, “passed along through both licensed and private sales until it wound up in the hands” of the suspect, who could not legally possess a firearm.

The pistol was identified as a 9mm Glock 26, according to published reports.

AmmoLand spoke exclusively with Armslist founder and CEO Jon Gibbon, who stated emphatically, “Armslist does not sell firearms, nor does it facilitate sales. We do not get involved in transactions,” Gibbon insisted. “If anyone claims we do, they are defaming me and the organization. All we do is run a website.”

The Chicago Sun-Times said the lawsuit was filed in Milwaukee Wednesday by Bauer’s widow, Erin, and the nonprofit Brady organization. The group was formerly known as the Brady Campaign to Prevent Gun Violence.

Gibbon said this is not the first time he has faced a lawsuit backed by the Brady group. When he spoke to AmmoLand, he said he had not yet been served with notice of the lawsuit.

“We provide a forum for people to talk about firearms and the Second Amendment, and items they may want to buy or sell,” Gibbon said. “It’s not like we’re trying to help bad people. We have over 1,000 FFLs (federally-licensed firearms retailers) who use our Armslist site to advertise their inventory.”

But in this specific case, the Glock pistol allegedly passed through “both licensed and private sales” until the suspect allegedly bought it without a background check.

“Always comply with local, state, federal, and international law. ARMSLIST does not become involved in transactions between parties. Review our privacy policy and terms of use for more information. Report Illegal Firearms Activity to 1-800-ATF-GUNS.”

According to Gibbon, Armslist has been “around for about ten years.”

The Sun-Times story said the pistol was sold by 68-year-old Thomas Caldwell, a resident of Madison, Wis., to a Milwaukee resident identified as Ron Jones in 2017. The newspaper said the gun then “found its way through the ‘criminal marketplace’ to Legghette, who was carrying the weapon and wearing body armor as he fled from police” on the day of the fatal encounter. Legghette reportedly “encountered Bauer near the (James R.) Thompson Center,” a prominent Chicago landmark building in the city’s Loop District. There allegedly was a struggle in a stairwell, during which Bauer was fatally shot.

According to the Tribune account, the pistol was first sold “at a small shop in south-central Wisconsin” in December 2011. Four years later, in March 2015, Caldwell bought the gun from the original purchaser, the newspaper detailed. Two years later, Caldwell sold the pistol to “a Milwaukee man with ties to Chicago after they met over Armslist,” the Tribune said. That man turned out to be Jones, whom Caldwell reportedly knew as “Kevin Sweepee,” according to a Tribune story published in October 2018 detailing Caldwell’s unlicensed gun transactions.

The current Tribune story, published Thursday, described Caldwell as “a Vietnam war veteran diagnosed with schizoaffective disorder” causing him to engage in “illegal gun sales, which he had described as an addiction.” An Associated Press report from 2018 said Caldwell had been warned by the Federal Bureau of Alcohol, Tobacco, Firearms and Explosives to stop selling firearms without a license.

Legghette’s murder trial is scheduled to begin later this month, the Sun-Times reported. In a Tribune report from 2018, Legghette is described as having “a criminal history stretching back more than two decades.”

Caldwell, the Madison resident, was sentenced to three years in prison in 2018, while Jones “appears set to plead guilty to federal gun and drug charges next month, according to court records,” the newspaper reported.

Quoting from the lawsuit, the Tribune story noted, “The Armslist Defendants knew or should have known their actions would foreseeably supply Prohibited Purchasers like Legghette,’ the lawsuit reads. ‘If the Armslist Defendants had acted with reasonable care — instead of callous and willful disregard for human life — Commander Bauer would still be alive.”

A statement on the Armslist website under a link titled “Get Involved” explains, “We do our best to provide a free service to the law-abiding gun owners of this Great Nation. The Brady Campaign is doing everything they can to stop us.”

The notice goes on to assert that statements about Armslist are “full of lies” that accuse users “of being a bunch of criminals.”

“This case is yet another misplaced example of focusing on the gun, and not the evil killer. Chicago has some of the strictest gun control in the country, including firearm identification cards and background checks on all transfers, yet these gun control laws still failed to stop the killer.” Jordan Stein, Director of Communications GOA.