MARKET MADNESS: One Wrong Move AND IT’S ALL OVER!

This is a critical update from one of the best financial commentators I know, a good friend of ours, Mr. Tom Beck, who runs PortfolioWealthGlobal.com and we’re excited to share this one with you!

It’s true: the U.S. economy is on a roll. Companies are performing very well thanks to low interest rates and because America is still NUMBER-ONE in so many aspects, with technology chief among them.

Trump’s economic policies have brought jobs back, and there’s not a shadow of a doubt that his corporate tax cuts sparked a market boom, but the government CANNOT keep on acting as if deficits don’t matter.

Today, I want to show why central banks around the world are experiencing what I call “PEAK INFLUENCE” and how they stand to have a smaller impact on policy in the 21st century before eventually hanging their jerseys and retiring.

Take a look at this: 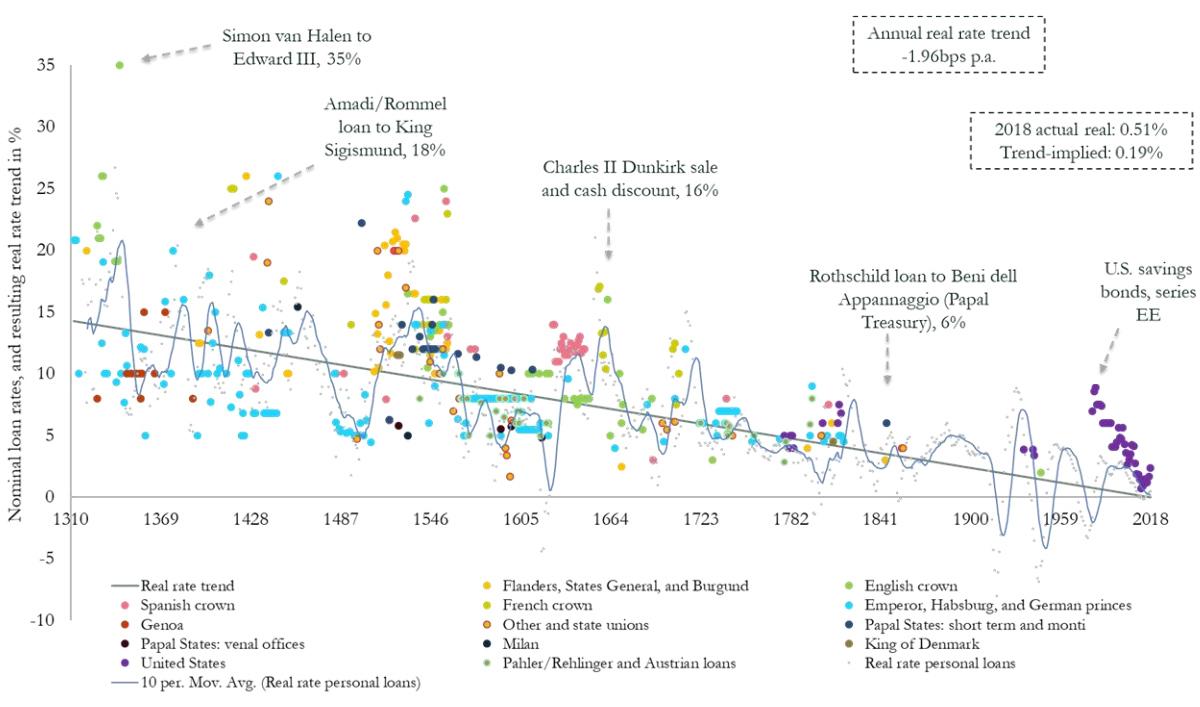 A 700-year trend of DECLINING interest rates is very clear. The more our global economy becomes transparent and the risks become evident, the less risk a lender assumes. As a result, we even see loans being made at NEGATIVE rates.

What does President Trump want? Being a daredevil and a pioneer throughout his life, he wants the FED to acknowledge that the Treasury should also issue interest-free debt like Germany, Japan, France, Italy, the Netherlands, Spain, and others are implementing.

Let it sink in: interest rates will become a thing of the past in this century.

The role of fiscal policy, the one that government is in charge of, is much GREATER.

You want to have a man or woman who understands that they hold the magic wand. If the federal deficit can’t reach a sustainable trajectory with ZERO-percent interest rates and in a growth period, what else IS THERE?

Government will have a much more central part in shaping a country’s path than the central bank will. A nation’s economic strategy will be FUNDAMENTAL to its success.

For over 250 years, capitalism, free enterprise, and competition have led the barren North American continent to global supremacy.

This coming election will challenge the resolve of voters to be swayed by socialism, subsidized healthcare, and debt write-offs, but the cost will be GRAVE. 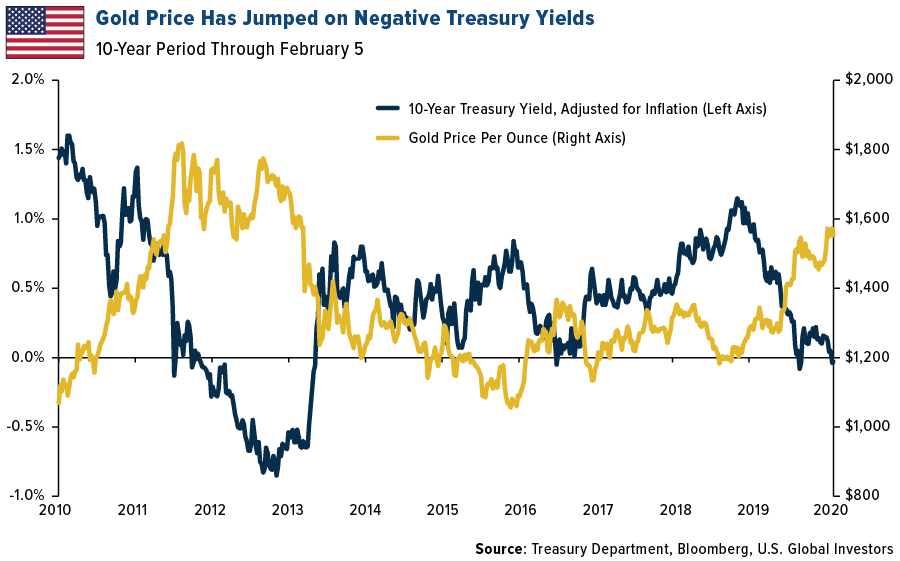 Gold prices have gone up by 20% since April of last year when the Bank of International Settlements in Basel, Switzerland changed gold into a TIER-1 asset.

Most people don’t understand the importance of it, but what it means is that gold is among the only reserves that banks can’t hold and value at 100% of the open-market price.

In other words, the CENTRAL BANK OF CENTRAL BANKS just told you that they consider precious metals as being the safest assets to hold.

Bigger than that, they’ve also indirectly told the markets that they’re ready to pay up to DOUBLE for their gold compared to before because Tier-3 assets, like gold used to be, were marked down by 50%.

What gold has done since 1971 has been incredible. Back then, had you bought one Eagle coin, you’d part with $35. Today, a bullion dealer would pay you close to $1,550 for that same coin. Had you had put $35 back then in your safe and taken them out in 2020, you’d be shocked to learn that those $35 buy a SIXTH of what they used to.

Where gold stands out DRAMATICALLY is that it has fully retained its monetary role, in the eyes of the world’s largest money managers.

Governments, central banks and large funds already understand its significance, especially when it comes to hedging disruptions in geopolitics, in surprise inflation spikes or in debasement of fiat currencies.

They also understand that serves as a SUPERIOR asset, inversely correlated to their NET-LONG exposure to stocks.

Who owns most of the assets, globally?

The global pie of equity is divided amongst the world’s richest individuals, owning a colossal amount of stocks, real estate and businesses interests, but it is also owned by pension funds, which manage YOUR money.

Baby Boomers, the world over, have a vested interest in seeing stock prices rise, as well as bond prices, because their net worth is reliant upon them.

Therefore, unlike hedge funds and family offices, governments and central banks, which do diversify into gold, most of baby boomers, own NONE.

A downturn is much more risky for the average person, therefore, than to the sophisticated investor.

In case of a market shock, the big players will have gold, as a hedge, while your pension fund or your 401K plan, may not.

If you have IMMEDIATE needs for liquidity, then, as many boomers will, they may sell at a discount, out of stress and pressure.