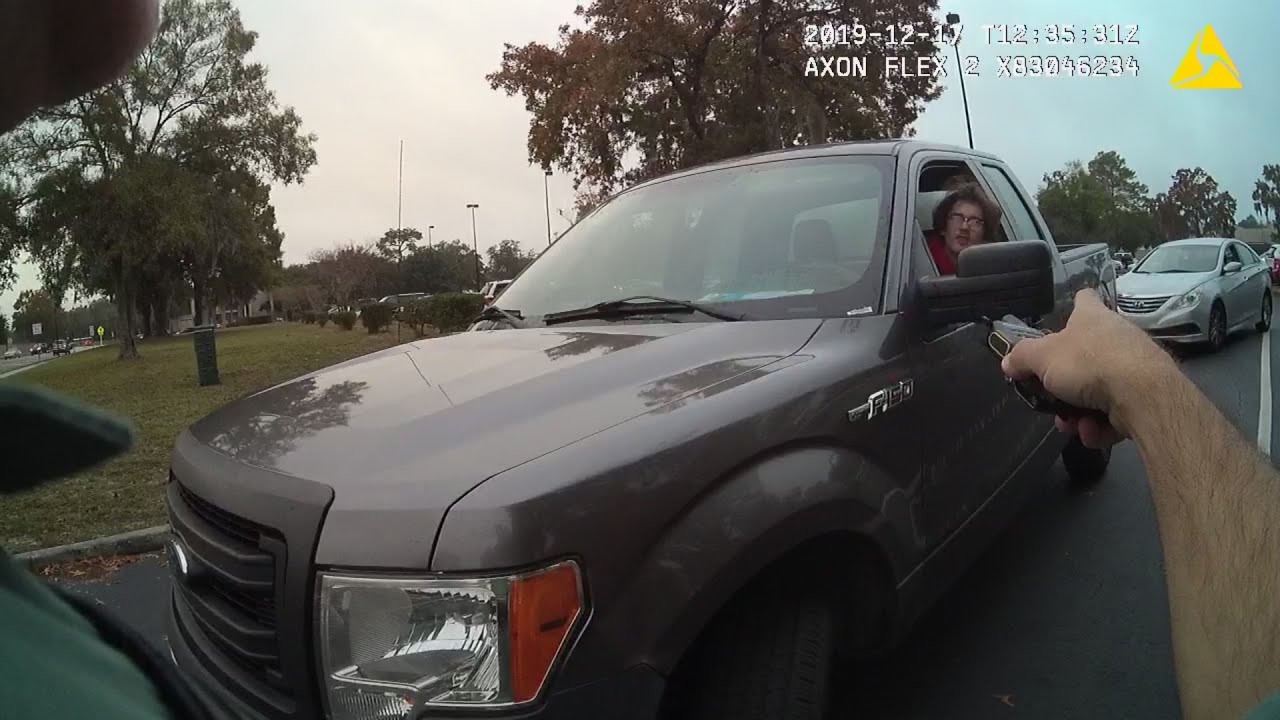 When Nedra Miller sent her son off to his orthodontist appointment last December, she never thought his life would be threatened by a police officer. But that is exactly what happened—twice. Through a FOIA request, Miller obtained the officer’s body camera footage from that day and then quickly put the department on blast by uploading it to her Facebook page.

Miller is quick to point out that her son can act childish, but childish is no cause for having your life threatened.

As the footage begins, Miller’s son, William Miller, is in his vehicle attempting to pull out of the school’s parking lot. He cannot leave, however, as the school resource officer and Cindy Bond, a River Ridge High School discipline assistant, are blocking the exit lane.

The three are arguing over whether or not William is allowed to leave campus. Because he had an appointment with the dentist, William didn’t go to school at all that day. He was only on campus because he dropped off a friend who had missed the bus. When he tried to leave, that’s when the situation escalated.

“You have to have permission from a parent to leave,” Bond tells the student.

Miller then inches his truck forward in an attempt to leave school since he was never there at all.

“You’re truant,” says the officer, whom the department would not identify. “You’re gonna get shot, you get another f—— foot closer to me. You run into me, you’ll get f—— shot.”

Just like that, only 16 seconds into the video, the officer threatens to kill a child, not once, but twice.

“You’re not holding me here, right? But you’re standing in the way so I can’t leave,” William says.

“This is my campus, brother,” the officer says.

Again, the officer tells the 17-year-old who is old enough not to have to be in school, that he’s truant. “You’re trying to leave campus, that’s what truant is,” he says.

“No, I’m not truant,” the student says. “I’m allowed to leave campus. I am old enough to leave. Are you holding me here against my will right now?”

Before the video ends, Bond tells the student to take an early vacation and not return for the rest of the school week.

“You’re a high enough authority to do that right?” the student asks.

Neither side budges on the video for several minutes until the student eventually leaves his vehicle and goes back into the school. At this point, the officer who just threatened to shoot a teenager then laughs about the incident with Bond.

“It’s actually so funny because I’m leaving to go do something, like, legitimate. … So when I come back with, like, an excuse paper that says I was allowed to leave, it’s, like, so funny,” the student says.

“There is no excuse,” the officer says.

“There is an excuse,” William says of his orthodontist appointment.

For this three minute argument, William faced a massive punishment from the school. As the Tampa Bay Times reported, he was suspended from Dec. 17 until Jan. 9, then was expelled from the school and sent to the Harry Schwettman Education Center, which, according to the school’s website, is a “voluntary educational program the district provides for students who have violated School Board policy, been recommended for expulsion or have a behavior pattern which has not been improved by a continuum of positive behavior and academic intervention strategies.”

“All three were acting like children and all three are wrong,” Nedra Miller said. “But the cop more so. He’s just flat out not OK to be around children. I was shocked that an officer of the law working with children would speak to my son that way. They should both be removed from their jobs.”