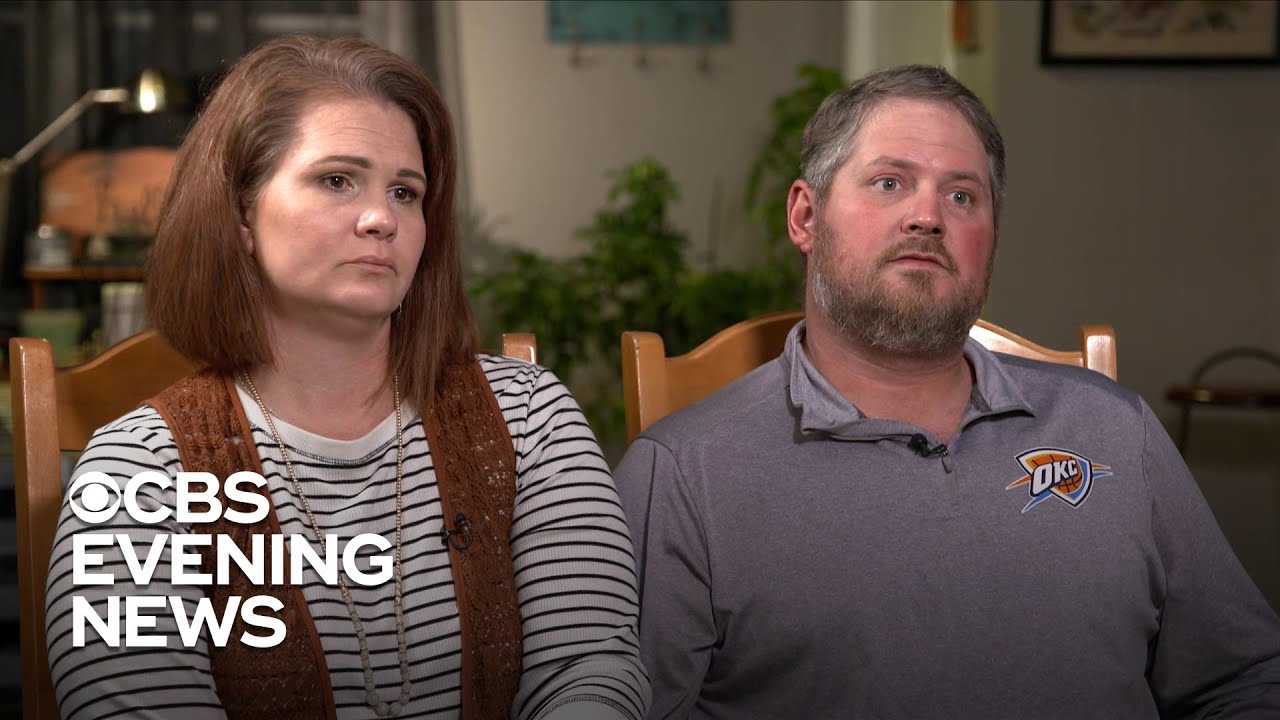 A bombshell investigation from ProPublica revealed that law enforcement in Kansas is running a debtor’s prison and throwing people in jail over their medical debt. The story focused on the case of Tres and Heather Biggs’ who fell behind on their medical bills for their son’s leukemia and Heather’s Lyme disease. What happened next was nothing but sheer tyranny.

Welcome to Coffeyville, Kansas, where the judge has no law degree, debt collectors get a cut of the bail, and Americans are watching their lives — and liberty — disappear in the pursuit of medical debt collection.

This family’s nightmare began last year when they fell behind on their medical bills from Heather and her son’s conditions. Instead of simply being turned over to a collection agency, in Coffeyville, Kansas, the government joins in.

“We had so many — multiple health issues in our family at the same time, it put us in a bracket that made insurance unattainable,” Heather Biggs said. “It would have made no sense. We would have had to have not eaten, not had a home.”

Because they had unpaid medical debt, the apparently corrupt court system issued them a summons to appear in court. ProPublica reports that they were one of 90 people facing similar legal action in just a single month.

Judge David Casement entered the courtroom, a black robe swaying over his cowboy boots and silversmithed belt buckle. He is a cattle rancher who was appointed a magistrate judge, though he’d never taken a course in law. Judges don’t need a law degree in Kansas, or many other states, to preside over cases like these. Casement asked the defendants to take an oath and confirmed that the newcomers confessed to their debt. A key purpose of the hearing, though, was for patients to face debt collectors. “They want to talk to you about trying to set up a payment plan, and after you talk with them, you are free to go,” he told the debtors. Then, he left the room.

The first collector of the day was also the most notorious: Michael Hassenplug, a private attorney representing doctors and ambulance services. Every three months, Hassenplug called the same nonpaying defendants to court to list what they earned and what they owned — to testify, quite often, to their poverty. It gave him a sense of his options: to set up a payment plan, to garnish wages or bank accounts, to put a lien on a property. It was called a “debtor’s exam.”

If a debtor missed an exam, the judge typically issued a citation of contempt, a charge for disobeying an order of the court, which in this case was to appear. If the debtor missed a hearing on contempt, Hassenplug would ask the judge for a bench warrant. As long as the defendant had been properly served, the judge’s answer was always yes. In practice, this system has made Hassenplug and other collectors the real arbiters of who gets arrested and who is shown mercy. If debtors can post bail, the judge almost always applies the money to the debt. Hassenplug, like any collector working on commission, gets a cut of the cash he brings in.

“You wouldn’t think you’d go to jail over medical bills,” Tres Biggs said. But they do.

“I’m just doing my job,” Hassenplug said. “They want the money collected, and I’m trying to do my job as best I can by following the law.”

But that “job” is a twisted entanglement of state and private business. In fact, the “law” being used to go after these folks, the “debtor’s exam,” was adopted by the court because Hassenplug wrote it and recommended it to them.

“This raises serious constitutional concerns,” said Nusrat Choudhury, the deputy director of the ACLU. “What’s happening here is a jailhouse shake-down for cash that is the criminalization of private debt.”

In most instances, when people pay their bail, it is returned after they appear in court. But in this case, it is taken from them and given to Hassenplug and his clients. This mixture of state and private factions to collect private debt is little more than fascism and it’s dangerous.

Sadly, however, it is a reality that exists outside of Kansas too. People who find themselves unable to pay their bills often find themselves on the receiving end of the police state. Despite the fact that debtor’s prisons are illegal in the United States, TFTP has reported on numerous incidents like the Biggs’ case.

It’s not just medical bills either. Unpaid college loans have also landed people in cages as well as visits from SWAT teams.

As TFTP previously reported, in what could be a story straight out of the Onion, but sadly played out in reality, a Texas man was arrested by seven heavily armed U.S. Marshals for failing to pay an almost 30-year-old student loan debt.

The man, Paul Aker, 48, said he was caught off-guard by the heavily armed agents that showed up at his home to arrest him for failing to pay the nearly 3-decades old debt.

“They grabbed me, they threw me down,” Aker told the Daily News. “Local PD is just standing there.”

Aker’s arrest for a 30-year-old, $1,500 dollar debt was disturbing enough; but taken in concert with the fact that simply being an owner of a firearm, a protected right under the U.S. Constitution, was reason enough for agents to arrive in combat gear and with fully automatic weapons raises the ominous specter of the police state rising.

After being arrested, Aker was held at the federal building in downtown Houston, before being brought to a courtroom, where a “prosecutor,” judge and county clerk were present, according to the NY Daily News. Aker said the alleged “prosecutor” was really a collection lawyer.

“Then I get a lecture (from the judge) about the United States and stealing from the government,” Aker said.

It is extremely worrisome that armed agents of the state are being used to bully people into paying delinquent student loan debt and medical bills. There has to be a more intelligent manner in which to attempt to reconcile these debts than to send heavily armed men to arrest those either unwilling or more than likely unable to pay.

It speaks to the nature of the state itself that the default position is virtually always one of coercive force rather than to intellectually assess the means that will most likely provide the desired result – a reconciled debt.

If you deprive someone of their freedom, they will never be able to pay their debt, and in fact, it will cost the taxpayers far more. However, when the only tool you have is a hammer, everything begins to look like a nail—including single mothers of three, unable to pay medical bills.