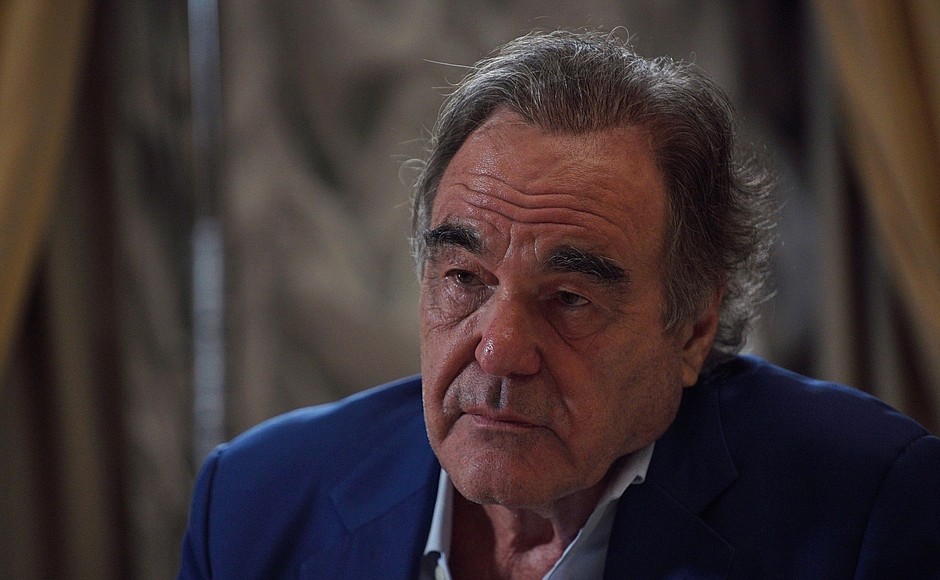 The American film industry changed beyond recognition after the milestone year of 2001, director Oliver Stone told RT, with producers using financial restraints to censor movies challenging the US military or the CIA.

“Maybe in the 1980s, when I did ‘Platoon’, ‘Born on the Fourth of July’ and ‘Heaven & Earth’, I could do that, because it was a slightly more relaxed system,” said the award-winning filmmaker, mentioning his famed movies while making his case during former Ecuadorean President Rafael Correa’s show on RT Spanish.

When the Iron Curtain fell and the Cold War ended, things didn’t change for the better, Stone believes. “My film career has suffered, because sometimes I’ve said things that American producers hate to hear,” he revealed, adding that those sponsoring film productions sometimes resort to “economic censorship.”

Hollywood has changed since 2001. It has become more censored. The military, the CIA, the depictions of these organizations has been very favorable.

“You can take the budgets down… let’s say you want to make a film criticizing the American military, taking an Iraq war story or a horror story that recently happened in Iraq… You do those kinds of stories, it’s not going to happen,” he explained.

Stone, who scored a number of Academy, BAFTA and Golden Globe awards, has been widely criticized for his anti-war dramas and, most recently, for a series of films questioning the widespread Western narrative on the Ukrainian turmoil, as well as exclusive interviews with Vladimir Putin.

The CIA realized – after World War II, basically – they [went into] the business, the news business, they put their people, their agents at newspapers, at magazines and television.

The famed film director sounded pessimistic when asked if there is hope for change – or, at least, if the system allows for that change. He said that both parties – be it Democrats or Republicans – act by the same playbook when dealing with issues of war and peace.

“There is no party in the United States, no democratic voice except third parties that are small, that would say ‘Why are we fighting wars?’” Stone exclaimed, adding, “it’s all right-wings fighting with right-wings.” Democrats are no better than Republicans, he says: “Hillary Clinton and her group, and Joe Biden, are just as pro-war as any Republican Dick Cheney.”

Stone thinks Donald Trump who has done “horrible things” by pulling out of the Paris climate accords and the hard-earned 2015 Iran nuclear deal. But, argued Stone, at least Trump was asking why the US needs to fight the Russians, which alarmed the mainstream so much that the media was attacking him from day one.

Stone lamented that politics is transiting from the art of the possible to the art of raising money.

“So much money is spent in politics, it’s impossible for my vote to make any difference… Candidates in America now have to raise billions of dollars to be considered serious,” Stone said.

Empires fall. Let’s pray that this empire, these evil things… because we are the evil empire. What Reagan said about Russia is true about us.