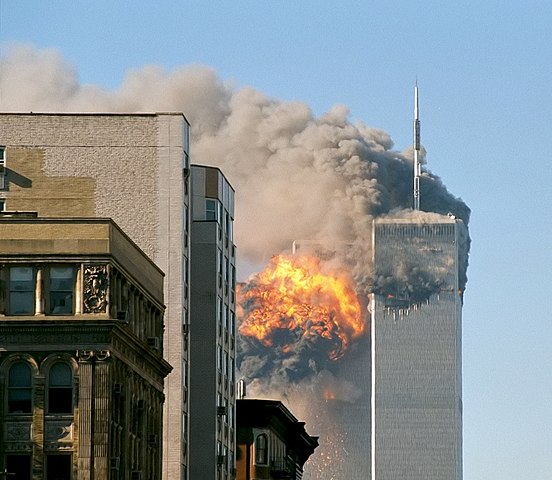 Kurt Sonnenfeld graduated from the University of Colorado (USA) with studies in International Affairs and Economics, as well as in Literature and Philosophy. He worked for the United States government as official videographer and served as Director of Broadcast Operations for the Federal Emergency Management Agency (FEMA)’s National Emergency Response Team. Additionally, Kurt Sonnenfeld was contracted by several other governmental agencies and programs for classified and “sensitive” operations at military and scientific installations throughout the United States.

On September 11, 2001, the area known as “Ground Zero” was sealed from the public eye. Sonnenfeld, however, was given unrestricted access enabling him to document for the investigation (that never took place) and provide some “sanitized” pool video to virtually every news network in the world. The tapes that reveal some of the anomalies which he discovered at Ground Zero are still in his possession.

Accused of a crime that did not occur in a manifest frame-up scenario, especially in light of ensuing events, Kurt Sonnenfeld has been persecuted across continents. After several years of fear, injustice and isolation, he has decided to take a public stand against the Government’s official story and is prepared to submit his material to the close scrutiny of reliable experts.

Voltaire Network: Your autobiographical book titled “El Perseguido” (Persecuted) was recently published in Argentina where you live in exile since 2003. Tell us who is persecuting you.

Kurt Sonnenfeld: Although it is autobiographical, it is not my life story. Rather it is a history of the extraordinary events that have happened to me and my family at the hands of U.S. authorities over the course of more than seven years, spanning two hemispheres, after my tour of duty at Ground Zero and becoming an inconvenient witness.

Voltaire Network: You explained that your request for refugee status within the terms of the Geneva 1951 Convention is still being considered by the Argentinean Senate, while in 2005 you were granted political asylum, albeit, on a provisional basis. That probably makes you the first U.S. citizen in that situation! And no doubt the first U.S. Government official with direct exposure to the events surrounding September 11, 2001 who has “blown the whistle”. Is this what drove you into exile?

Kurt Sonnenfeld: A refugee is a person who has been forced to leave (or stay away from) his or her country for reasons of persecution. It’s undeniable that many people have been persecuted unfairly as a result of the quasi-fascist laws and policies brought about by the shock of September 11, 2001, and they deserve refugee status. But the fact is, requesting refugee status is a risky and dangerous step to take. America is the world’s only remaining “superpower”, and dissent has been effectively repressed. Any person who requests refugee status on political grounds is by nature making an extreme statement of dissent. And if your request is denied, what do you do? Once you make the request, there can be no going back.

Personally, I wasn’t forced to leave the United States, and I certainly did not “flee”. At the time I was still fairly oblivious to what was actually brewing against me. I hadn’t connected the dots yet; so that when I left in early 2003 I had every intention of returning. I came to Argentina for a short respite; to try to recuperate after all that had happened to me. I travelled here freely, with my own passport, using my own credit cards. But because of an incredible series of events, I have since been forced into exile, and I haven’t been back.