You May See a Vitamin B12 Deficiency in Your Eyes 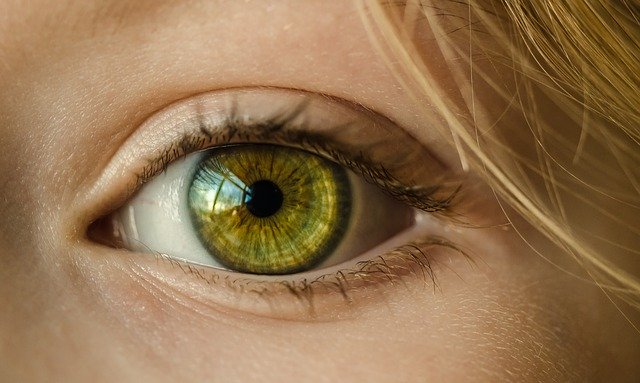 Vitamin B12 is an essential water-soluble vitamin your body does not make. This means you must get it from your diet or take supplements. Along with other B vitamins, your body uses it to produce energy by converting carbohydrates. It also plays a significant role in the production of DNA and RNA.1

This vitamin works closely with folate to manufacture red blood cells and produces S-adenosylmethionine (SAM-e), involved in immune function and mood. Vitamin B12 is important for maintaining your central nervous system, including protection of the myelin sheath to shield and insulate the nerves.

The different functions it performs in the body are related to the signs and symptoms of insufficiency and deficiency. A vitamin B12 deficiency may be difficult to detect as the symptoms are not consistent: They sometimes appear suddenly and at other times come on gradually. However, without treatment they can cause irreversible nerve damage and other issues.

The vitamin is also called cobalamin and it plays an important role in homocysteine metabolism. Since elevated homocysteine levels are a risk factor for heart disease, osteoporosis and depression, low levels of B12 may affect your potential risk for these conditions.

Low levels of maternal vitamin B12 are associated with an increased risk of neural tube defects during gestation. Low levels also predispose children to Type 2 diabetes and other metabolic problems as they age.2 While it is difficult to estimate the number who are deficient, many experts believe the number ranges from 20% to 40% of the general population.3,4

Are Your Eyes Telling a Story of Vitamin Deficiency?

The eyes are the windows to the soul and may also give you an indication of vitamin B12 deficiency. One of the effects of deficiency is a blood condition called megaloblastic anemia. It causes the bone marrow to release immature blood cells,5 which are unable to deliver adequate amounts of oxygen to the body. The result is fatigue and pale skin.

Two of the most common causes of megaloblastic anemia are vitamin B12 or folate (Vitamin B9) deficiencies. Both play an essential role in red blood cell production. Additional symptoms include difficulty breathing, muscle weakness and gastrointestinal symptoms, such as loss of appetite and nausea.

Those with megaloblastic anemia may also develop jaundice, a slight yellowing of the skin or eyes. Some with vitamin B12 deficiency report experiencing eye twitching or eyelid spasms. However, these may also be related to allergies or excessive alcohol consumption and thus must be looked at in the overall picture.

Optic nerve damage from deficiency is a rare complication that may affect vision and lead to optic neuropathy characterized by painless vision loss. This may be reversed with intravenous vitamin B12 treatment and, potentially, oral folic acid supplementation depending upon the individual case.6

Low Levels of B12 May Be Easily Missed

Unless you present with recognizable signs of deficiency, most physicians don’t test for vitamin B12 levels. Even when tested, serum norms in the U.S. may be suboptimal. Normal ranges of vitamin B12 in the U.S. are 160 pg/mL to 950 pg/mL.7 Yet individual requirements may vary, and symptoms of deficiency may appear in the “normal” range.8

B12 levels in the blood may be altered by the presence or absence of binding proteins. Some serum tests identify inactive forms of cobalamin, therefore masking deficiencies of the active form. Doctors who rely on blood tests alone can underestimate deficiency levels by as much as 50%.

Researchers recommended evaluation of deficiency through measurement of metabolites, including measuring homocysteine, or through levels of cobalamin bound to holo-transcobalamin, which more accurately represents the active form of the vitamin.

Vitamin B12 may be stored in liver. So, while it is an essential vitamin, your body may have a couple months of the vitamin stored for use.

Symptoms of deficiency may appear gradually or suddenly.9 Low levels may lead to neuropsychiatric disorders, anemia, mental fogginess, muscle weakness, swollen and inflamed tongue, and a hallmark of the condition — fatigue.

If the condition is left untreated, it may be fatal10 or cause severe and permanent neurological disease or blood disorders. A thorough history and physical, accompanied by blood testing, is needed to diagnose a vitamin B12 deficiency since clinical symptoms may appear with normal serum levels. Additionally, it is important to assess for a folate deficiency as they often present together.11

What Factors Increase Your Risk of Deficiency?

Factors contributing to a vitamin B12 deficiency are related to the foods you eat and how they are absorbed. Since meat and meat by-products are the only foods with active and bioavailable forms of vitamin B12, those who practice strict vegetarianism are at highest risk of deficiency.

In one review of 40 studies,12 researchers found with few exceptions the data revealed the highest prevalence of deficiency was in practicing vegans, the strictest form of a vegetarian diet plan. They also found other types of vegetarians also had a higher prevalence than the general public.

Deficiency is not uncommon in the elderly, as they often have less stomach acid needed to absorb the vitamin from food. Other conditions or choices that place an individual at higher risk of a vitamin B12 deficiency include:

Diabetes May Increase Your Risk of Deficiency

More than 100 million have prediabetes or diabetes in the U.S.19 More than half of the newly diagnosed cases in the last report from the CDC were in the age group of 45- to 64-year-old people and “Nearly 16% adults diagnosed with diabetes were smokers, nearly 90% were overweight and more than 40% were physically inactive.”

One of the more popular drugs used to treat diabetes has been metformin. Although 2017 marked the 60th anniversary for the drug,20 the mechanism of its action in the body is still not fully understood.21 The drug inhibits gluconeogenesis, or glucose production in the liver, but how this happens is still a mystery.

The drug has been associated with reduced cancer risk, longer life and some weight loss as well, which may be one of the driving factors behind a Silicon Valley trend to use the drug to live longer.24 Another factor is noted in a 2014 study25 in which researchers showed that those using metformin as a monotherapy lived longer than those in the nondiabetic control group.

However, you can enjoy the same results naturally without the side-effect risks associated with drugs.

Even Meat Eaters May Need Supplements

While the primary source of vitamin B12 is from meat, poultry and fish, even those who eat meat may have a deficiency. Rampant insufficiency may be related to poor absorption when there isn’t enough stomach acid to break the protein bond.

Researchers speculate a widespread use of antacids may play a significant role, especially in younger people, a population in which insufficient stomach acid is unexpected.26 Additionally, animals raised on CAFO farms do not carry the same levels of B12 as free-ranging ones, adding to the risk of developing deficiency.

Since the animals raised on CAFO farms aren’t fed a diet natural to their digestive system, they don’t produce as much B12. Nowadays, cows are often raised on grain and corn, most of which is genetically engineered and contaminated with herbicide or pesticide residuals. Chickens, which naturally eat insects, worms and seeds, are also fed corn.

Vitamin B12 is made from bacteria in the gut of animals. These bacteria live in the soil and in the guts of animals. Since CAFO-raised livestock do not have access to soil, their gut is deficient in bacteria. Pesticides and herbicides also kill soil bacteria, which is why conventionally grown grain is not a good source of B12.

In addition to all of these factors, livestock are routinely given antibiotics that kill beneficial bacteria in the gut. Dr. Jennifer Rooke, assistant professor in the department of community health and preventive medicine at the Morehouse School of Medicine, writes:27

“In order to maintain meat a source of B12 the meat industry now adds it to animal feed; 90 percent of B12 supplements produced in the world are fed to livestock. Even if you only eat grass fed organic meat you may not be able to absorb the B12 attached to animal protein. It may be more efficient to just skip the animals and get B12 directly from supplements.”