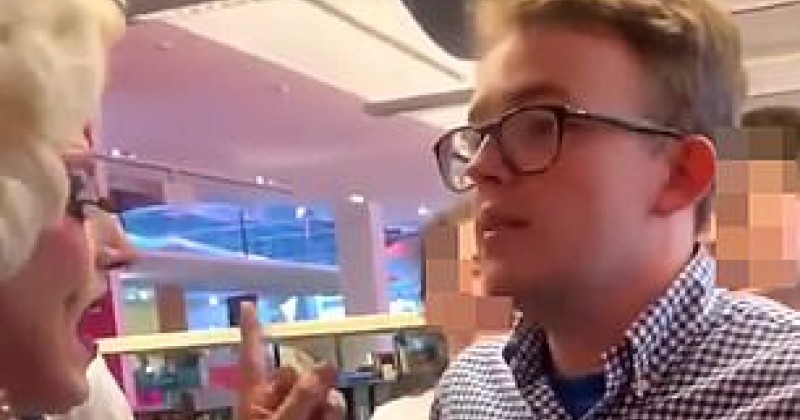 A student who was the victim of a media demonization campaign after he protested against a ‘Drag Queen Storytime’ event in Brisbane, Australia has committed suicide.

University of Queensland president Wilson Gavin was one of a crowd of demonstrators to descend on Brisbane City Council Library during the protest on Sunday.

21-year-old Gavin can be seen on videos of the protest shouting “drag queens are not for kids.”

In a Facebook post after the protest, he said that the demonstration was a show of support for Queensland Opposition Leader Deb Frecklington, who had criticized unisex toilets, and a stand against “politically correct rubbish.”

The protest was roundly condemned by the media, Federal MPs and celebrities, including The Veronicas star Jessica Origliasso. After the event, Gavin faced personal harassment and ridicule.

Wilson Gavin, a young conservative who recently lead a protest against a so-called "Drag Queen Story Hour" at an Australian library faced a massive media campaign of hatred against him, laballing him as a "bigot".

Large news outlets like ABC characterized the demonstration as an attack on the children, rather than a defense of their innocence, demonizing Gavin in the process.

Police were called out to an incident on Monday morning just after 7am and Gavin was found found with critical injuries having taken his own life.

Diamond Good-Rim, one of the participants of the Drag Queen Storytime event, said he was “deeply saddened from the news today” but then made reference to Facebook posts in support of him not Gavin, stating, “”The support that I have received today on social media has been phenomenal and I thank everyone for their support and kind words.”

University of Queensland senator Drew Pavlou paid tribute to Gavin, saying he was “at his core a very kind person that cared for others.”

“He was hilarious and a riot to be around, his fame will always remain legendary,” said Pavlou.

“Brave and admirable traits while most of us in this generation spend years obsessing over what others think of us and worrying about whether expressing our opinions will cause people to dislike us,” said Marar.