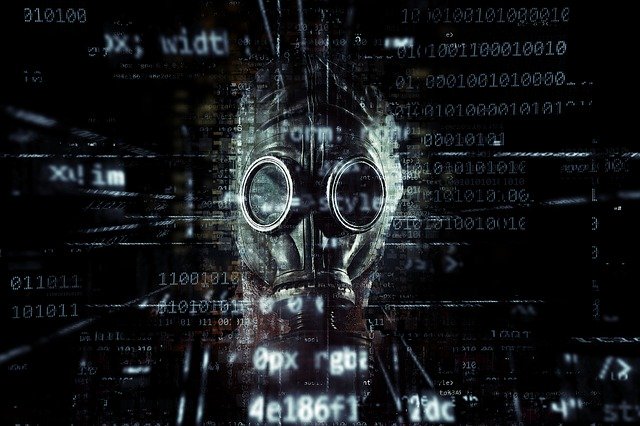 I always wonder though; how much are we fooling ourselves, thinking that our friends, family and neighbors don’t have any idea of what we’re doing? Every neighborhood seems to have at least one nosy neighbor, who knows everything that everyone is doing. As for family and friends, they come into our homes, where they can see what we’re doing. I don’t know about you, but I haven’t been all that successful in keeping my preps a secret from them, no matter how I try to hide things.

The other problem with those people is that we talk to them regularly. That usually means that we talk about things we’re interested in. Chances are, we’ve let something slip, without even knowing it, which will indicate to someone paying attention that we’re prepping. I know I have and I’ve also had others do it with me, accidentally letting me know what they’re doing, without saying so directly.

Ok, so when they do find out, what can we do about it? While there are those whom we all might want to eliminate, that’s not that good an idea. It’s always hard to get rid of the bodies. Then there’s the chances of getting caught. But even if you manage to get rid of the body and don’t get caught, you’ve got to live with your actions. That can be an even worst punishment than jail time.

We’re going to have to limit ourselves to more practical answers.

Related: 25 Things We Did as Kids That Would Get Someone Arrested Today

The first thing that any of us have to do, the moment we realize that one of our friends or family members realizes that we are preppers, is to talk to them about it. Waiting to have such a talk just gives them the opportunity to spread the word around about what you’re doing. That’s something you definitely don’t want them to do.

Somewhere in that conversation, they’re probably going to say “If the SHTF, I’ll just come over to your place.” That’s actually something you want them to say, as it gives you the opportunity to dissuade them from that option. This is where you can make it clear to them that you don’t have enough food and other supplies, let alone room in your home, to take care of your family and theirs too. Ask them the question, “Do you think I should allow my family to starve, so that I can feed yours, just because you didn’t prepare?”

The thing you absolutely have to do here is dissuade the idea that it’s your responsibility to provide for them, just because they aren’t doing so for themselves. Hopefully, this will lead to talking about what they can do for themselves, so that they don’t need your help. Ultimately, that’s the best… for them and for you.

As Far As Neighbors Go

Of course, not everyone is going to know for sure what you’re up to. That nosy neighbor who is always asking about what you’re doing may not really realize what you’re doing, even though they act like they do. More than anything, these people are digging for information, hoping they can uncover something interesting.

The solution I’ve developed for these people is to misdirect their attention, while making them think I’ve answered them. But those answers, while plausible, won’t stand the test of close scrutiny; at least, not all together. Even so, I’ve managed to convince my neighbors that I’m a bit of an eccentric, sort of the neighborhood mad scientist. So, whether I’m building a new wind turbine or experimenting with hydroponics, they’re not surprised.

With this reputation, I’m able to explain away lots of different projects as nothing more than part of the experimentation that I enjoy doing. They don’t explore the idea of my being a prepper, because they already have a plausible explanation for everything I do.

That explanation doesn’t work for everyone, especially for those who have been in my home. All it takes is someone seeing one of my several storage areas, and they realize that I’ve got more food than anyone needs for normal use and even for short-term emergencies, like a hurricane.

Once I’ve dissuaded these people from the idea that I’m going to allow them to move in, like kids returning from college, and start eating up my food, I switch over to recruitment mode. Since the best possible solution is for them to become preppers themselves, I try to steer them in that direction. Of course, that usually means having to overcome a lot of objections, especially the ones about them not being able to afford it.

I’m not sure how they think that my making sacrifices so that I can afford to prep is acceptable, even to the point of them taking advantage of my preps, when their own sacrifice is not acceptable. But that’s a common thread I see over and over again. The only real answer is the cold hard truth.

Of course, once I convince them to start, I am able to tell them they have a huge advantage over me; that of having me there to mentor them and steer them in the right direction. At least I can help them save money on their prepping, keeping them from wasting it doing the wrong thing.

Should I Help Them?

No matter how hard you try to convince people to become preppers, not everyone will go along. There will always be some who are convinced you are nuts, or just don’t want to face reality. In that case, you have to make a decision what you’re going to do about them. Your choices are to not open the door for them when they show up for help, or to cave and let them in.

Like every other prepper out there, I say that I’m not going to open the door. But I know myself better than that. When someone I know shows up at my door with hungry children, I’m not going to be able to reject them; so I plan for them. I have several hundred extra pounds of rice, beans and oil in my stockpile, which is earmarked for giving to others when they knock on my door. Granted, that’s not as good as I’ll be eating; but at least it will keep them going. I’ll add veggies from my garden to that, if I have enough to spare.

As part of this, I also keep a very large stockpile of seeds. The idea is when they come looking for help, I’ll provide some temporary food to them, in the form of rice and beans, so that they have something to eat while they are waiting for their garden to grow. They’ll “pay” me for the food and seed by providing some sort of labor to me in trade.

I’ll help then with the garden too, providing instruction and the use of tools, including a roto-tiller that I bought just for that purpose. While this is an expense for me and my family, it’s a whole lot better than allowing them to move in and eat off my stockpile.

Possibly the Most Important Thing

If you can, you might want to consider moving as much of your preps to a remote location, as possible. I’m talking about a bug out location here; someplace you will plan on relocating to, should a disaster happen.

I realize that not everyone can do that. In fact, I’d have to say that most of us can’t. We just don’t have enough money to buy such a place. But if you can, bugging out eliminates all the problems of those people showing up at your door. They might still show up, but you won’t be there to answer them; nor will all the supplies they’re hoping to talk you out of.

So, what do you do with those people? Do you have another way of dealing with the people who find out about your preps? If so, please share it with us. Perhaps it will work for someone else too.