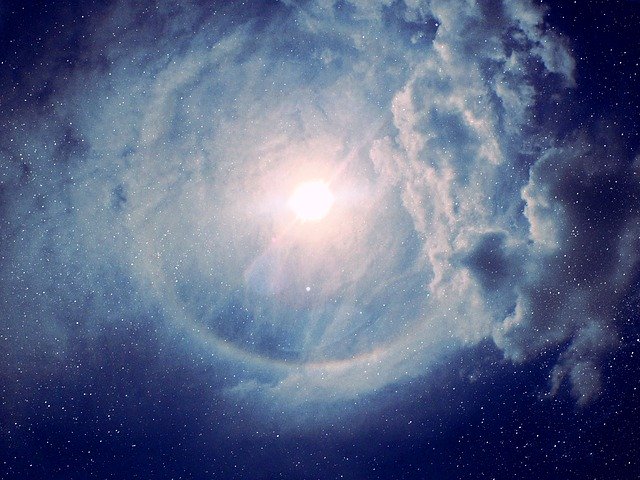 The aliens have landed. For decades, this belief has been associated with cranks, but now a surprisingly healthy number of university-employed scientists and researchers are suggesting that aliens live among us, on planet Earth.

Just because we can’t see them…

As unlikely as this may sound to firm believers in the infallible rationality of our highest learning and research institutions, numerous scientists do believe there’s a chance we may be walking among aliens. In fact, things are even weirder than this, because these same scientists believe that these aliens are ‘invisible,’ undetectable to our five senses and to conventional methods of detection.

Each year seems to bring a new subscriber to this steadily growing club, with the latest inductee being Helen Sharman. The first Brit in space and now at Imperial College London’s Department of Chemistry, Sharman told The Observer, “Aliens exist, there’s no two ways about it.” Uncontroversial enough, you might say, but the OBE (Order of the British Empire) went on to share her view that aliens could be on Earth right now.

“Will they be like you and me, made up of carbon and nitrogen?” she asked. “Maybe not. It’s possible they’re here right now and we simply can’t see them.”

Great, and Sharman certainly isn’t alone among university scientists and researchers who entertain such beliefs. Back in April of last year, The Oxford Student newspaper ran a bizarre interview with Dr Young-Hae Chi of the University of Oxford.

In it, Dr Chi revealed that he believes not only in invisible aliens living here on Earth, but in the theory they’re interbreeding with humans in order to create a hybrid species capable of surviving the effects of climate change. Absolutely crazy, you might think, but Dr Chi went so far as to write a book arguing for such beliefs, titled Alien Visitations and the End of Humanity.

Dr Chi provides the most outlandish example of an alien-believing academic, but other, more respectable scientists have invested considerable time, effort and money researching the possibility of invisible aliens living among us.

In 2018, Dr Gabriel de la Torre of the University of Cadiz published a paper in which he proposed that aliens may be living in dark matter, which pervades the entire universe (including the Earth) but which is unobservable.

He explained, “What we are trying to do with this differentiation is to contemplate other possibilities – for example, beings of dimensions that our mind cannot grasp, or intelligences based on dark matter or energy forms, which make up almost 95 percent of the universe and which we are only beginning to glimpse.”

He’s not the only scientist who suspects invisible aliens may inhabit dark matter. In 2016, Dr Caleb Scharf of Columbia University’s Astrobiology Center wrote an article proposing that dark matter is “where all technologically advanced life ends up or where most life has always been.” Others, however, have suggested that undetectable aliens might represent an alternative, ‘shadow’ form of microbial life. This is what Carol Cleland and Shelley Copley of Colorado University (along with other co-authors) proposed in a number of papers published from 2005 onwards.

It gets the headlines, but is it actually research?

Unsurprisingly, such articles have generated lots of noise in the media, which often likes to imagine that science is on the cusp of a momentous, paradigm-shifting discovery. However, what the modest growth in researchers entertaining Invisible Alien theories reveals is actually much more mundane.

For the most part, this growth is a reflection of the higher education industry. That is, a growing list of scientists are entertaining what are unfalsifiable, idle speculations. These may be momentarily titillating, but they provide nothing that can actually be put to work right now to produce practical or socially useful outcomes. In other words, they’re a glaring example of how much useless junk the 21st Century university system produces.

Forgetting the oft-repeated claim that humanities degrees are ‘useless,’ there are data-supported studies which substantiate the assertion that even research in supposedly ‘useful’ disciplines is mostly of little value. In 2016, for example, Stanford researcher John P. A. Ioannidis wrote an eye-opening review paper for PLOS Medicine in which he highlighted that 85% of medical research can be characterised as “waste,” in the sense of not providing reproducible findings.

Our university system is broken

The slow rise of Invisible Alien theorists fits snugly with such a trend. But why? Well, because the primary function of universities is no longer to produce enlightening research and enlightened minds, but to generate profit and to create the trillion-dollar student debt that helps to perpetuate inequality and economic injustice.

Within this new, business-oriented framework, universities now need to draw in more students to suck in more revenue, which means they need to employ more staff. And given that the number of useful things staff could research (which haven’t already been discovered) is probably quite limited, it becomes inevitable that growing quantities of them will be pushed towards inconsequential trivia.

As for why so much of the media pick up on research into invisible (and visible) aliens, it’s most likely the manifestation of a collective desire to find something better ‘out there’ (in this case alien life). It’s the symptom of many people’s latent desire to avoid confronting their own realities and lives, to avoid addressing the world’s problems head-on, and to turn towards something ‘alien’ and new. It is, in short, part of the same condition that has driven billions of us to organised religions and other ‘transcendent’ belief systems.

Still, even if theories about invisible aliens are little more than pieces of idle speculation or wish fulfilment, they’re certainly imaginative. And while it’s hard for anyone with a modicum of scepticism to really get on board with the idea that aliens are already among us, it is nonetheless hard to deny that a universe as vast as ours must surely harbour other intelligent forms of life.