Satellite Photos of Secret US Air Base Captured 12 Mystery Vehicles

Recent satellite photos of the US Air Force’s Tonopah Test Range in Nevada showed a dozen unidentifiable craft on the tarmac. Possible explanations abound, but the base is known for hosting aircraft recently “graduated” from Area 51 and about which the Pentagon is still shy with the details.

Satellite photos snapped on the morning of December 6 show a most unusual sight: 12 unusual objects sitting in front of as many hangars on a side of the base sparsely used and about which little is known. This level of activity at Tonopah is as unusual as the appearance of the unknown aircraft, which hasn’t been noted before or since, reported The Drive’s Tyler Rogoway, who made the discovery. 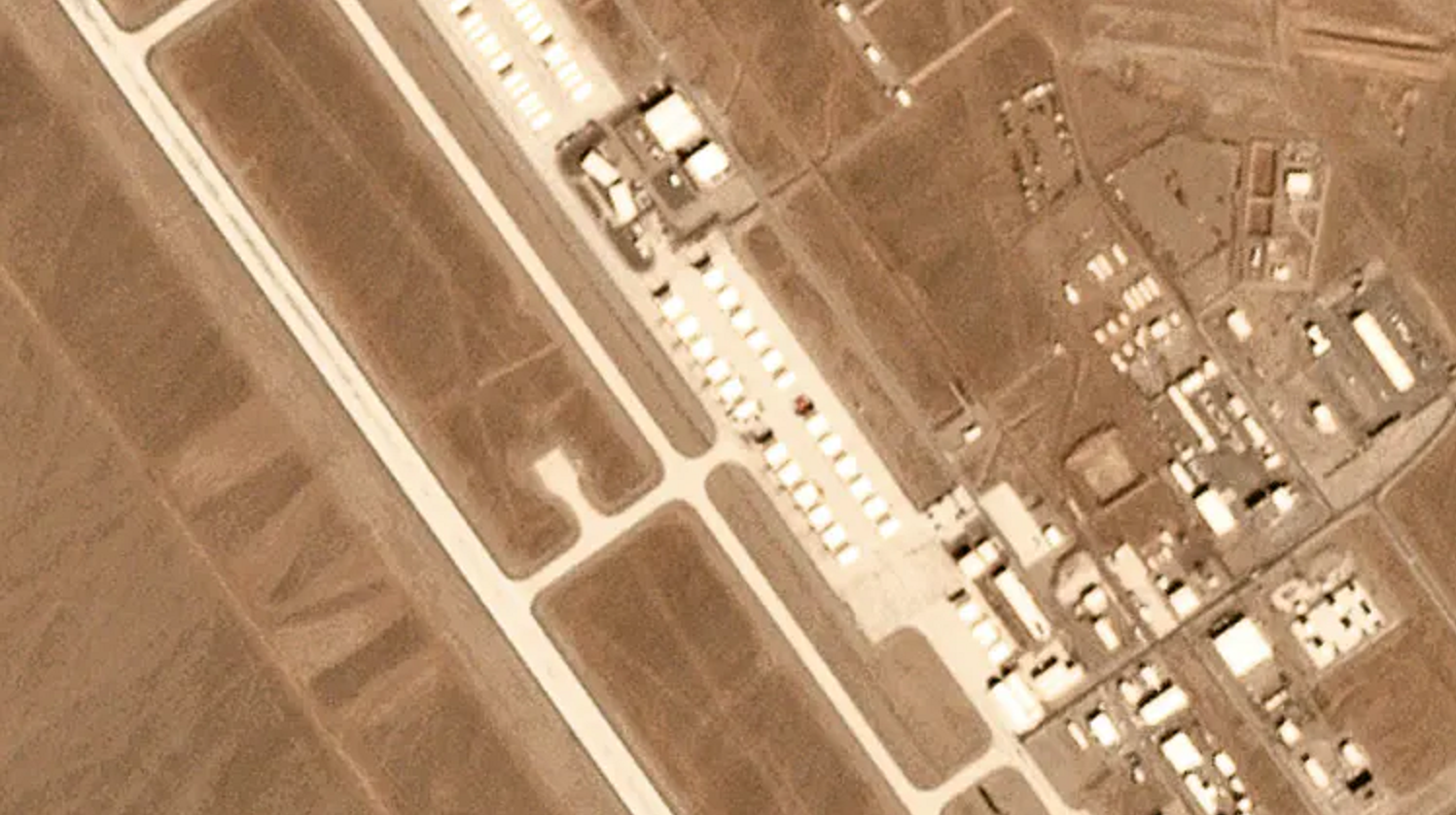 Tonopah sits on the northern edge of the Nevada Test and Training Range, part of the larger Nellis Air Force Base complex that includes the infamous Area 51. Many of the US’ most secret and technologically complex weapons have been tested and stored here, including the atom bomb, the F-117 Nighthawk stealth fighter and its experimental antecedents and a slew of high-tech spy planes, so spotting something new and unexplained is far from unexpected.

In fact, several of the officially retired F-117s still fly out of the base, likely used for radar profiling tests to enhance the Pentagon’s understanding of stealth technology. However, Rogoway is quick to dismiss the idea that these mystery objects could be Nighthawks, which are typically housed elsewhere in the base and have never been seen to be so numerous.

Some other options include a stealth drone like the Lockheed Martin RQ-170 Sentinel or some unknown aircraft. Rogoway notes that, given the way shadows fall across the image and the satellite’s low, 3-meter resolution, it’s possible the objects could be only partially sticking out of their hangars; it’s possible they might just be big mock-up vehicles used for simulating adversarial forces, too, although if that’s the case, why they’re arranged in the space and pattern they are is no less puzzling.

If they are larger planes with just their nose sections hanging out of the hangars, that could be a major sign that they’re unmanned aerial vehicles – drones – that are troubleshooting their satellite connection so they can be flown remotely, Rogoway notes.

In the past, revealing satellite images have been blurred, as Rogoway observed in 2018 when a photo of Tonopah had an aircraft’s profile deliberately obscured. Sometimes it can even result in a national security incident, as when Google Maps rendered secret Taiwanese air defense sites in 3D, back in February.