It turns out the advice given to us by our Christian forebears developed over millennia might be better for us than the progressive dogma pushed by Hollywood and the media over the last few decades.

From the Institute for Family Studies:

Table 1 shows how a women’s sexual biography affects the happiness of her marriage. The first column includes the baseline estimates. Women who’ve only slept with their spouses are, at 65%, most likely to report very happy marriages. Thereafter, there’s a decline that’s statistically-significant but modest in magnitude. The lowest odds of marital happiness, 52% in the baseline model, accord to women who’ve had six-to-10 lifetime sexual partners. Women who’ve had 11 or more lovers are a bit more likely to report happy marriages at 57 percent.

The second, third, and fourth columns of Table 1 introduce a variety of covariates intended to account for the relationship between sexual history and marital happiness. The second column includes a measure of whether survey respondents have dissolved previous marriages; in other words, whether or they’re in first or higher order marriages. The third column adds two measures of socioeconomic status, education and inflation-adjusted family income. The fourth column contains two measures of religiosity, denomination and frequent church attendance. None of these variables has an appreciable effect on the relationship between sexual background and marital happiness.

Table 2 shows how men’s sexual biographies affect their marital happiness. As for women, men who report only one sexual partner in their lifetime are more likely to report very happy marriages. The benefits of one partner are slightly greater for men than for women: according to the baseline results, 71% of men with one partner are very happy in their relationship. This drops to 65% for men who report two or more sex partners. The happiness penalty for additional partners is modest, only a few percentage points. Adjusting for differences in marital history, socioeconomic status, and religion make little difference.

To better visualize the results in Table 1, I’ve taken the percentages from the full models for men and women—the models including controls for marital background, socioeconomic status, and religion—and plotted them together in Figure 1. This figure makes clear that the difference between having one and more than one, lifetime sex partner is most consequential in predicting marital quality. For men, there aren’t statistically significant differences in marital quality between men who have two partners and more than two. That is the trend for women too, with two exceptions: female respondents with four partners or 6-10 partners have significantly lower odds of very happy marriages compared to those with two partners. It’s not clear why these two groups of women defy the broader trend, but it should be noted that the percentage differences involved aren’t great.

Here’s another chart of theirs from an earlier study showing how multiple partners affects divorce rates:

Here’s some more dramatic charts from a prior CDC study in 1995 showing how multiple partners affects women’s marriages as well as physical and mental health: Despite being more “liberated” than ever, women’s anti-depressant use is at a record high, with “older white women account[ing] for 58 percent of those on antidepressants long term,” as the NY Times reported in April: 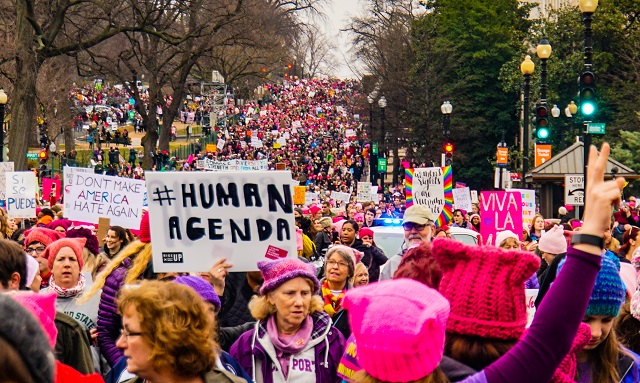 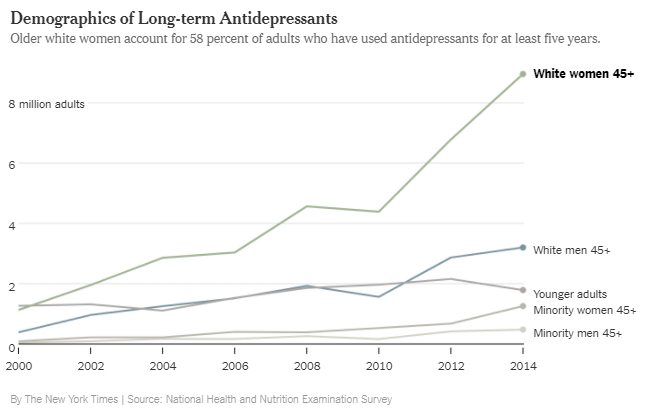 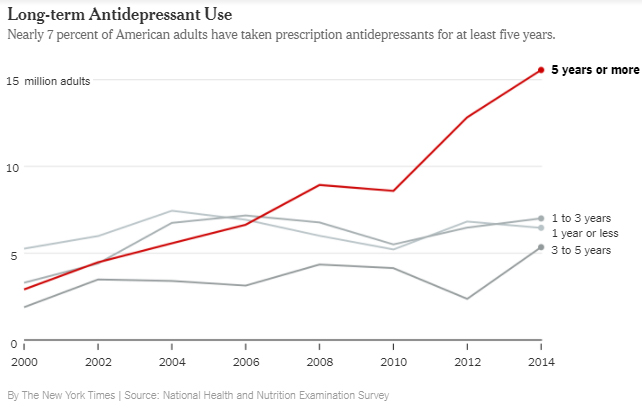 The Washington Post reported in December 2016 that white women are also now drinking themselves to death at record rates. Women’s happiness has also been falling. On the bright side, recent polls have shown many young people are rejecting their parents’ liberal values and shifting hard to the right.