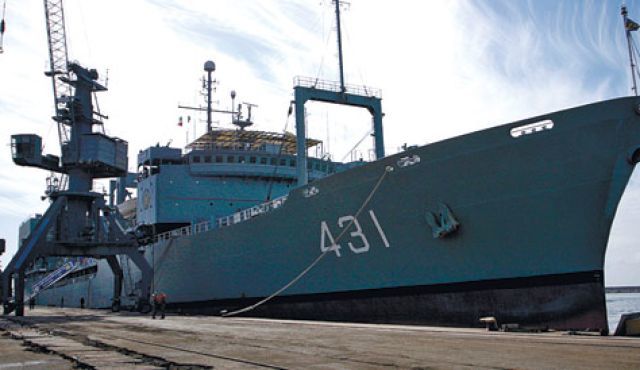 The fleet, consisting of a destroyer and a helicopter-carrying supply ship, began its voyage last month from the southern Iranian port city of Bandar Abbas. The ships, carrying some 30 navy academy cadets for training along with their regular crews, are on a three-month mission.

The voyage comes amid an ongoing push by Iran to demonstrate its ability to project power across the Middle East and beyond.

IRNA quoted Haddad as saying the fleet is approaching U.S. maritime borders for the first time. The Islamic Republic considers the move as a response to U.S. naval deployments near its own coastlines. The U.S. Navy’s 5th fleet is based in Bahrain, just across the Persian Gulf.