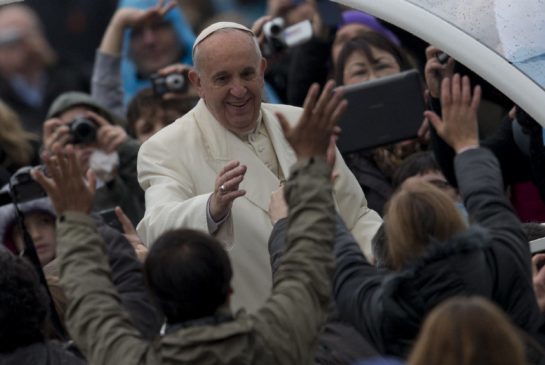 (Nicole Winfield) The Vatican “systematically” adopted policies that allowed priests to rape and molest tens of thousands of children over decades, a UN human rights committee said Wednesday, urging the Holy See to open its files on pedophiles and bishops who concealed their crimes.

In a devastating report hailed by abuse victims, the UN committee severely criticized the Holy See for its attitudes toward homosexuality, contraception and abortion and said it should change its own canon law to ensure children’s rights and their access to health care are guaranteed.

The Vatican promptly objected and its UN ambassador accused the committee of having betrayed the international body’s own objectives by allowing itself to be swayed by pro-gay ideologues. He said it appeared the committee simply hadn’t listened when the Holy See outlined all the measures it has taken to protect children.

The report, which took the Vatican by surprise in its harsh tone, puts renewed pressure on Pope Francis to move decisively on the abuse front and make good on pledges to create a Vatican commission to study sex abuse and recommend best practices to fight it. The commission was announced in December, but few details have been released since then.

The committee issued its recommendations after subjecting the Holy See to a daylong interrogation last month on its implementation of the UN Convention on the Rights of the Child, the key UN treaty on child protection, which the Holy See ratified in 1990.