Kids For Cash: Inside One of the Nation’s Most Shocking Juvenile Justice Scandals 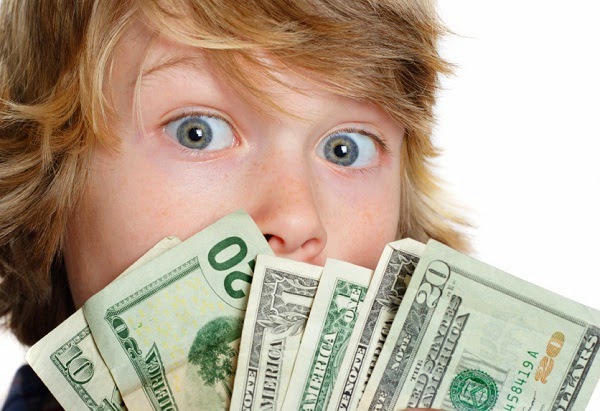 (Amy Goodman & Juan González) Today a special on “kids for cash,” the shocking story of how thousands of children in Pennsylvania were jailed by two corrupt judges who received $2.6 million in kickbacks from the builders and owners of private prison facilities. We hear from two of the youth: Charlie Balasavage was sent to juvenile detention after his parents unknowingly bought him a stolen scooter; Hillary Transue was detained for creating a MySpace page mocking her assistant high school principal.

They were both 14 years old and were sentenced by the same judge, Judge Mark Ciavarella, who is now in jail himself — serving a 28-year sentence. Balasavage and Transue are featured in the new documentary, “Kids for Cash,” by filmmaker Robert May, who also joins us. In addition, we speak to two mothers: Sandy Fonzo, whose son Ed Kenzakoski committed suicide after being imprisoned for years by Judge Ciavarella, and Hillary’s mother, Laurene Transue. Putting their stories into context of the larger scandal is attorney Robert Schwartz, executive director of the Juvenile Law Center. The story is still developing: In October, the private juvenile-detention companies in the scandal settled a civil lawsuit for $2.5 million.

This is a rush transcript. Copy may not be in its final form.

AMY GOODMAN: Today, a special on “kids for cash,” the shocking story of how thousands of children in Pennsylvania were jailed by two corrupt judges who received kickbacks from the builders and owners of private prison facilities.

HILLARY TRANSUE: I was known for being the jokester.

SANDY FONZO: Eddie, he was always a fireball.

HILLARY TRANSUE: We were talking about how funny it would be if we made a fake MySpace page about my vice principal.

AMANDA LORAH: I was trying to stay out of trouble. That’s when everything started.

MARK CIAVARELLA: Whatever sins you have committed, you can’t go back and undo it.

MARK CIAVARELLA: You are going to experience prison. I’ll be glad to put you there.

UNIDENTIFIED: The way Ciavarella ran the courtroom, you could have had F. Lee Bailey there, and the kids would have gone away.

MARSHA LEVICK: There’s a mechanism that takes over that keeps kids in that system.

HILLARY TRANSUE: No one listened, because we were kids.

UNIDENTIFIED: There was never any instance of guilt or innocence. They were locking him up.

SANDY FONZO: We have no rights. He’s in their custody now.

UNIDENTIFIED: It is unbelievable. We’re talking about children.

MARK CIAVARELLA: I wanted them to be scared out of their minds. I don’t understand how that was a bad thing.

GREGG JARRETT: In a scandal known as “kids for cash.”

STEPHEN COLBERT: In return for sentencing kids to juvenile detention.

MARK CIAVARELLA: I’ve never sent a kid away for a penny. I’m not this mad judge who was just putting them in shackles, throwing kids away.

SANDY FONZO: He went there as a free-spirited kid. He came out a hardened man, I’d say.

LAURENE TRANSUE: Here I was saying, “We can trust that judge to be fair.” And that’s not what happened.

AMANDA LORAH: I was scared every day.

CHARLIE BALASAVAGE: I was only 14. All those years I missed.