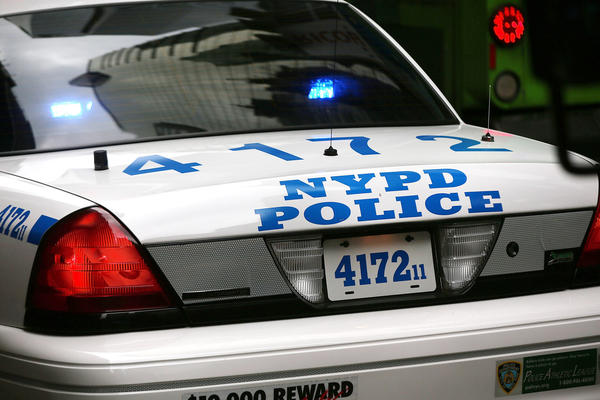 (Paul Grondahl) Rotterdam police allegedly broke the arm of an emotionally disturbed 16-year-old boy after two cops tried to remove him by force from a school bus he refused to leave, and a video revealed the cracking sound of a bone followed by the teenager’s moans and shouted expletives.

Now an attorney representing the teenager’s family is suing the town and seeking damages in excess of $1 million for a fractured humerus, possible nerve damage, medical expenses and pain and suffering.

The attorney said the teenager’s medications were being adjusted at the time, limiting his ability to move. He has been diagnosed with multiple emotional disorders, including Tourette syndrome, anxiety disorder, bipolar disorder and pervasive developmental disorder, according to the family’s lawyer.

The incident unfolded on the morning of Oct. 9, 2013 in the driveway of the teenager’s Rotterdam home and came to light late Friday in a news release issued by Rotterdam Police Chief James Hamilton who said a review determined that “officers followed department protocol and procedures.”

In addition, police charged the teen, Jacob Gocheski, with obstructing governmental administration in the second degree, a misdemeanor. He appeared in Rotterdam Town Court on Nov. 18 on the charge, which is pending.

Attorney Kevin Luibrand filed a notice of claim on Jan. 6 against the town on behalf of Gocheski and his parents. “There was clear and obvious use of excessive force,” Luibrand said Friday. “They placed his arm in a position where they locked the arm and proceeded with significant force to break the arm between the shoulder blade and elbow, creating a displaced fracture.”

Luibrand released an X-ray of the teenager’s left arm that showed a gruesome break and a shattered bone midway up the bicep.

The video from the bus showed Sgt. Daniel Ryan and Officer Ronald Armstrong talking for nearly 15 minutes to Gocheski, who wore a camouflage hoodie and kept his head down as he sat alone in a bus seat two rows back from the driver, who worked for Mohonasen Transportation.

Police were called after the driver said he felt he could not safely transport Gocheski to school at Parsons Child and Family Center, “based on threats that the student made in an aggressive manner,” police said in the release.

The video showed Gocheski’s brother, another teenager and a female aide sitting in their seats during the 15-minute discussion as the police conferred with Gocheski’s mother.

“I haven’t seen him quite this defiant in quite a long time,” a woman believed to be the mother was heard to say from outside the bus, captured by the bus video camera.

The two cops waited on the bus for an ambulance to arrive to take the teenager to Ellis Hospital for a mental health evaluation.

That plan was verbally approved by the woman believed to be Gocheski’s mother.

Ryan tried to engage Gocheski, who sat in silence, with his head down. “What are we going to do here?” Ryan asked. “You can either walk off the bus, or we can drag you off the bus, strap you on a stretcher and take you to Ellis Hospital. You can walk off the bus like a young man or we can hog-tie you.”

Ryan added, “You’re making all these other kids late for school.”

“If we have to fight, someone might get hurt,” Armstrong said.

The video showed Armstrong and Ryan as they pulled Gocheski out of his seat, pushed him standing into an empty seat across the aisle. Ryan apparently was trying to handcuff Gocheski as he pulled and twisted the teenager’s left arm at an awkward angle until a cracking sound of bone could be heard on the video.

“Ahhh (expletive). Oh, God…Ahhhh…You broke my (expletive) arm,” Gocheski yelled between groans of pain as the two officers walked him off the bus.