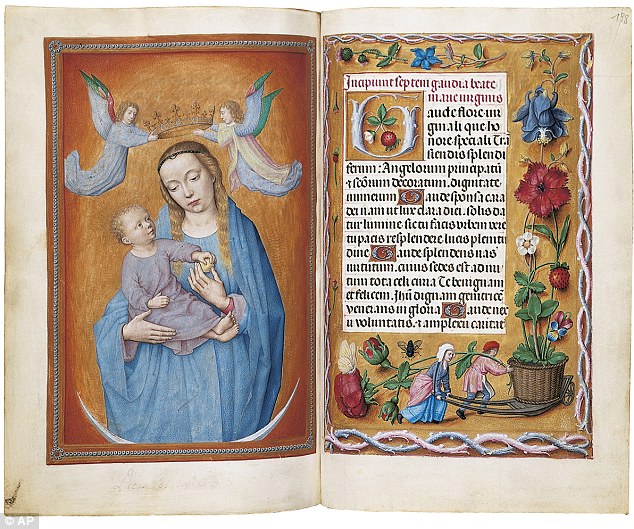 (DM) This 500-year-old prayer book has fetched more than £8 million at auction, making it the most valuable of its kind in the world.

The 10in high, 7in wide  manuscript sparked a bidding frenzy at Christie’s in New York.

Called the Rothschild Prayerbook, it was made in the Netherlands in about 1505 and contains ornate paintings of scenes from the Bible.

The 67-page book – once owned by the Rothschild banking dynasty but stolen by the Nazis – was bought by a European collector bidding by phone.

Known as the Book of Hours, the ornate manuscript depicts scenes from the Bible with a collection of texts, prayers and psalms and was the work of a number of master illustrators in Ghent or Bruges.

But it was confiscated from Baron Louis Nathaniel von Rothschild after the Nazis annexed Austria in 1938.

The Rothschild collections were earmarked for Hitler’s personal art reserve, the Fuhrervorbehalt.

After the war, the Rothschilds – who had fled to safety – did not return to their Vienna homes, which had been occupied by the Gestapo.

They requested the return of their art collection but the Austrian government forced the family to ‘donate’ a third of it to Austria in order to be able to take the rest abroad.

The Renaissance prayer book was not returned to the Rothschild family until 1999. They sold it at a Christie’s auction in London to a private buyer for a then world record $13.4 million.

Masterpiece: The ‘Book Of Hours’ was made in about 1505 by a number of master illustrators in Ghent or Bruges in the Netherlands.

Christie’s Nicholas Hall said: ‘Every aspect of this book of hours – from the quality of the parchment to the wealth and refinement of the decoration – marks the Rothschild Prayerbook as one of the most prestigious and exquisite examples of Flemish manuscript illumination.

‘Christie’s is honoured to be entrusted with its sale for the second time in a generation.’

Drawings in the book include scenes of peasant life and and shepherds dancing in a Nativity sequence.

The manuscript is closely related to another book in the British Library. 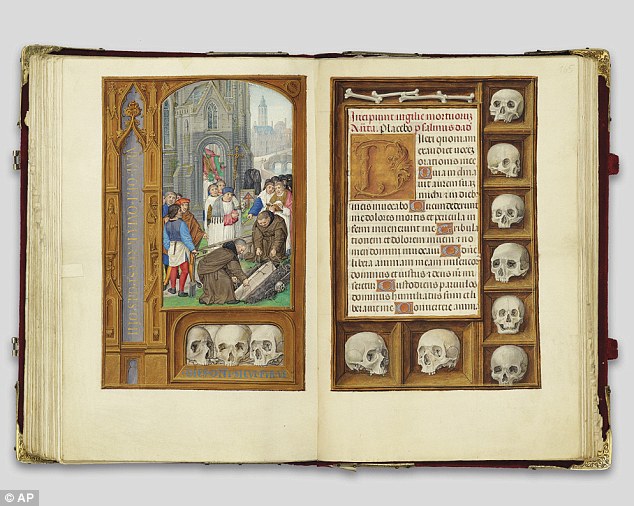 Piece of history: Nazis confiscated the prayerbook from Baron Louis Nathaniel von Rothschild in Austria in 1938. The book was only returned to the Rothschild family in 1999 when they sold it at auction for $13.4million