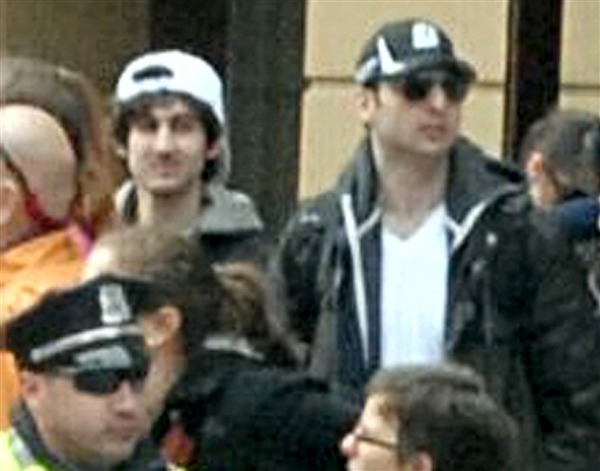 (Quentyn Kennemer) We come across tons of interesting patents each and every day, but recently none have caused as much concern and curiosity as this one. Google recently filed a patent for a system that identifies when and where a “mob” event takes place and sends multimedia alerts to relevant parties. The patents are actually titled “Mob Source Phone Video Collaboration” and “Inferring Events Based On Mob Sourced Video“.

No… not that mob. In this case a “mob” is essentially an activity or event attracting an abnormal amount of attention in the form of video recording and picture taking. Here’s a quick blurb from the patent description:

“When there are at least a given number of video clips with similar time stamps and geolocation stamps uploaded to a repository, it is inferred that an event of interest has likely occurred, and a notification signal is transmitted (e.g., to a law enforcement agency, to a news organization, to a publisher of a periodical, to a public blog, etc.).” 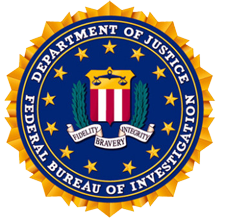 The fact that “law enforcement agencies” and “news organization(s)” are the first two examples provided by Google themselves is our greatest cause for concern. Especially at a time when privacy issues seem to take center stage all too often in the worst way possible.

Much has been made about NSA snooping, privacy, FISA, civil liberties and much more over the past year, so to think Google filed this patent application with the idea of potentially and proactively feeding information to law enforcement is a bit unsettling.

We’ve already seen rudimentary examples of law enforcement using the public’s photos and videos to track down culprits. Look no further than the Boston Marathon bombing last year. The FBI used photos and video from attendees’ cell phones to help identify the parties responsible for that unfortunate event. With a system like this, they might not have had to procure the actual phones to get what they needed.

Would only photos/videos you uploaded as publicly viewable be included into this system? Could you opt out? Could Google access the private content stored on your local device for these purposes?

The exact details of this system – if put into practice – would likely be buried deep in a Terms of Service document. We’re guessing the most effective solution (for Google) would be collect aggregate and anonymous data to which you opted-in (time and location data of multimedia), extrapolating that data to identify “mob source” events, and then sharing related, publicly available multimedia to 3rd parties.

This could be used in any of the typical “nothing attracts a crowd like a crowd” scenario, from bar fights and car accidents to flash mobs and unpredictably  Arandom occurrences.

With that said, it’s important to remember that this isn’t inherently negative or invasive . Imagine heading out to see your favorite band, taking a few pictures, and Google Now alerts you that there are 100 related photos and videos from other concert goers.

The recently-held 56th annual Grammy Awards Show comes to mind as a big event at which many folks would want to snap tons of photos and videos. Google could recognize the photos are from the Grammys based on time and location information in the files, and send that information off to whatever 3rd parties they deem relevant: news agencies, nearby users, people searching Google for “Grammy Awards”, etc… you name it.

We’d even venture a guess that Michael Bay’s meltdown at CES earlier this month would have landed the appearance in the “Mob Source” category with photos and videos being taken and shared left and right:

Then there’s the stuff Google already does where this technology already be in use, such as the Party Mode feature on Google+ Events. Said feature allows party-goers to upload images and video to the event page for everyone who attended that event to check out.  We imagine Google could make that whole process automatic for bigger events so you won’t have to fiddle around with uploading multimedia while you should be having a good time.

Don’t get too alarmed just yet — whether for alerting the authorities or enhancing their own services — they’ll almost certainly have easy and obvious ways to opt-in or opt-out (though we’d definitely prefer the former over the latter) to such features.

In fact, several illustrations and descriptions within the patent (see image below) refer to a system where the person who took the photo or video is asked if they’d like to include their content in whatever repository he or she may be uploading to. Still not convinced? Well, it’s easy enough to disable geo-location features in the camera or take images in airplane mode, so there’s that. 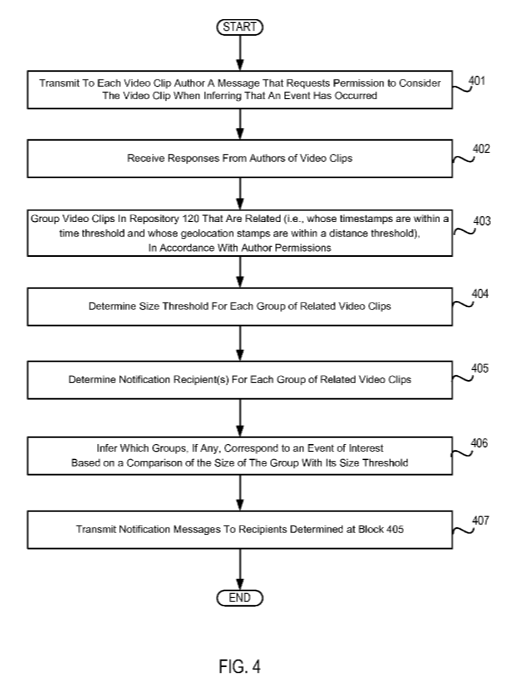 One the one hand it seems like Google is approaching this with the idea that users will know exactly what they’re getting into before they get into it. On the other hand, it’s hard to shake their own emphasis on law enforcement agencies and news organizations.

Google has been scrutinized, chastised, and criticized about privacy issues lately, so if this is an area they tread they’ll do so lightly, and we’ll continue sleeping with one eye open. Let’s hope the company that beats the “don’t be evil” drum louder than anyone else stays true to their word.

Where do you think Google is headed with these new patents and are you further concerned about your privacy after reading this article? And one more wrench to throw into the discussion… what if the data collected by law enforcement agencies was used for the purpose of holding law enforcement agencies accountable? After all, most of those “police brutality” videos are taken by innocent bystanders.