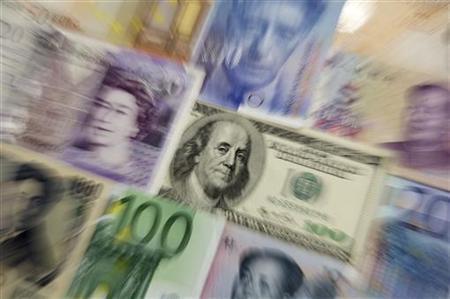 (Marc Bennetts)  Predicting the imminent collapse of the U.S. dollar

, a Russian lawmaker submitted a bill to the country’s parliament on Wednesday that would ban the use or possession of the American currency.

Mikhail Degtyarev, the lawmaker who proposed the bill, compared the dollar to a Ponzi scheme. He warned that the government

would have to bail out Russians holding the U.S. currency if it collapsed.

“If the U.S. national debt continues to grow, the collapse of the dollar system will take place in 2017,” said Mr. Degtyarev, a member of the nationalist Liberal Democrat Party who was a losing candidate in Moscow’s recent mayoral election.

“The countries that will suffer the most will be those that have failed to wean themselves off their dependence on the dollar in time. In light of this, the fact that confidence in the dollar is growing among Russian citizens is extremely dangerous.”

The bill would partially revive a Soviet-era ban on the dollar. It would prohibit Russians from holding dollars

in the country’s banks, and banks also would be unable to carry out transactions in the dollar.