(Daily Mail)  Adidas has sparked outrage and been accused of ‘promoting slavery’ by creating a new pair of trainers which have bright orange ‘shackles’ that fit around the wearer’s ankles.

The clothing giant is under fire for its August scheduled release of the JS Roundhouse Mids, which many have compared to the devices worn by black slaves in 19th Century America.

The seemingly innocent promotional material, uploaded to Facebook earlier this month, asks: ‘Got a sneaker game so hot you lock your kicks to your ankles?’

Outrage: Adidas has sparked anger and been accused of ‘promoting slavery’ by creating a new pair of trainers which have bright orange ‘shackles’ that fit around the wearer’s ankles

But the shoes have sparked angry debate online, with many saying there is a more cynical tone to the advertisement.

More than 2,000 people have labelled the design ‘offensive’ and ‘ignorant’ and say the firm has ‘sunk to new lows’ in its ‘slavewear’ product.

Dr Boyce Watkins, writing for Your Black World,  said: ‘Shackles. The stuff that our ancestors wore for 400 years while experiencing the most horrific atrocities imaginable.

‘Most of which were never documented in the history books and kept away from you in the educational system, all so you’d be willing to put shackles on your ankles today and not be so sensitive about it.’

The Professor at Syracuse University said he accepted some people would accuse him of overreacting.

But he added: ‘There is always a group of negroes who are more than happy to resubmit themselves to slavery. 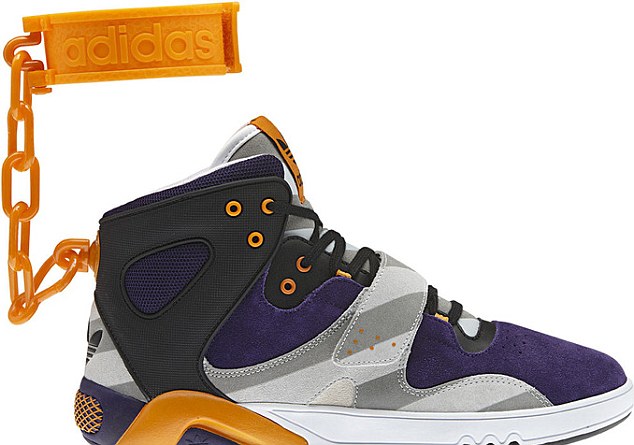 Anger: More than 2,000 people have labelled the design ‘offensive’ and ‘ignorant’ and say the firm has ‘sunk to new lows’ in its ‘slavewear’ product

‘I’m offended by these shoes as there is nothing funny about the prison industrial complex, which is the most genocidal thing to happen to the black family since slavery itself.’

Others have likened the shoes’ orange ‘bracelets’ to the shackles worn by prisoners across the America, or said the firm is ‘promoting slavery’.

Facebook user Kay Tee agreed, and said: ‘It’s offensive and inappropriate in many ways. Not to mention ugly.

‘Regardless if the company was saying the shoes are so hot you have to chain them to you, or they were capitalising on the whole prison style popularity.

‘But corporate business has a social responsibility above all to consider these perceptions before releasing a product like this.

‘How would a Jewish person feel if they decided to have a shoe with a swastika on it and tried to claim it was OK in the name of fashion?’

Adidas has been contacted by Mail Online, but has so far not commented on the claims.

It seems Adidas did not want to be outdone by fierce competitor Nike in the controversial shoe design stakes. 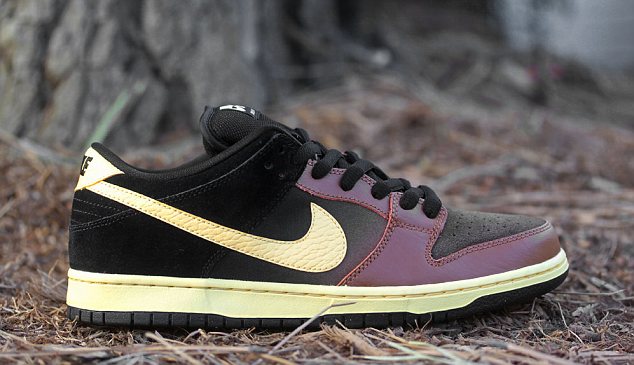 Controversial: Nike has provoked outrage by launching a new Black and Tan line of trainers for St Patrick’s Day

In March, Nike was accused of ‘huge insensitivity’ for launching a £70 ‘beer-themed’ trainer called ‘The Black and Tan’ in time for St Patrick’s Day.

The firm apologised, saying it was an innocent name designed to chime with the often boozy celebrations for Ireland’s patron saint.

To others, however, it was a historical affront reviving bitter memories of a British unit sent to Ireland to suppress revolt in the 1920s.

That is because the Black and Tans was the nickname given to the Royal Irish Constabulary Reserve Force, which became notorious for a brutal crackdown during the independence war.

One outraged Irish American claimed it was the equivalent of calling a shoe ‘the Al Qaeda’.

The trainer is officially called the Nike SB Dunk Low, but has been nicknamed The Black and Tan for its colourings. An advertisement for the shoe says: ‘Tis the season for Irish beer and why not celebrate with Nike. 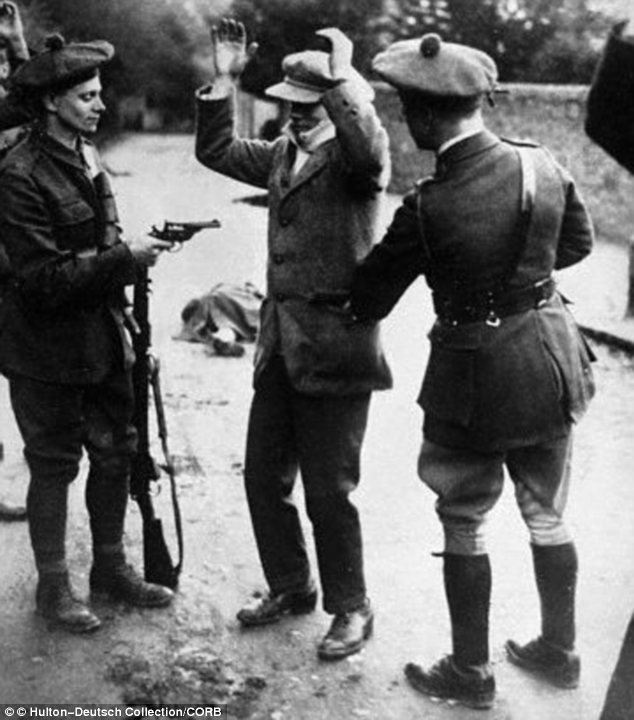 Crackdown: British police, known as Black and Tans for their mix-and-match military outfits of dark wool and khaki, hold a suspected Sinn Fein member at gunpoint and search him for weapons

‘The Black and Tan sneaker takes inspiration for the fine balancing act of a stout on top a pale ale in a pint glass.’

Others Irish Americans criticised Nike for being ‘oblivious’ to the historical connotation.

Six years ago ice cream firm Ben & Jerry’s caused a furore when it launched a Black and Tan flavour. The product was quickly withdrawn.

Athough only deployed from 1920 to 1922, nationalist Ireland still associates the Black and Tans with murder, brutality, massacre and indiscipline in the years leading to southern Ireland’s independence

Historians say there is no dispute that ‘the Tans’ killed and destroyed on a large scale, and recorded that when a Tan was killed in Cork, they burnt down more than 300 buildings.

The Catholic cardinal of the day called them ‘a horde of savages, some of them simply brigands, burglars and thieves’.